'I did not wish to leave': Canopy Growth's co-CEO and board member Bruce Linton ousted 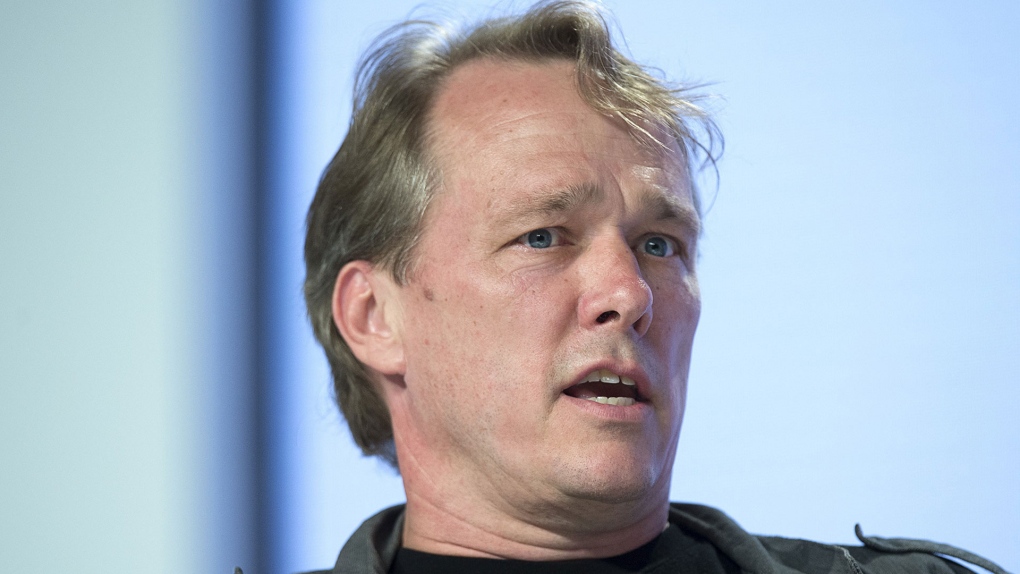 Bruce Linton, chairman and co-CEO of Canopy Growth, addresses the audience at the World Cannabis Congress in Saint John, New Brunswick on June 18, 2019. Canopy Growth Corp. says Bruce Linton is stepping down as co-chief executive and as a board member, effective immediately. THE CANADIAN PRESS/Andrew Vaughan

TORONTO -- Canopy Growth Corp.'s co-chief executive Bruce Linton was abruptly ousted from both the top job and the board of the cannabis company he grew into a dominant global player, but he remains optimistic about the firm's future without him and investors seemed to be unruffled by the surprise move.

Linton said Wednesday he was "terminated" and the board's decision to make his co-chief executive Mark Zekulin the sole CEO -- days after the company's biggest shareholder said it was "not pleased" with Canopy's latest earnings -- could have been handled differently.

"I did not wish to leave," he said in an interview on Wednesday. "I was asked to leave and I left under the terms that we mutually agreed to... This is not an expected change, and not one I necessarily welcome, but it's not going to be bad for the company."

As part of the change, Rade Kovacevic, who has been leading the company's Canadian operations and recreational strategy, was named president. The board also appointed John Bell, who has served as lead director for five years, to replace Linton as chairman.

Shares of Canopy were down by as much as 5.3 per cent on the Toronto Stock Exchange on Wednesday but closed up 1.96 per cent to $53.52. Canopy Rivers' stock on the TSX Venture exchange was down roughly three per cent to $3.00 at market close.

Linton has been the public face of the company he co-founded in 2013 in a former chocolate factory in Smiths Falls, Ont., which now has approximately 3,200 employees as of March 31. It is now the biggest pot company in the world by market value, at more than $18 billion.

Canopy in November 2018 received a $5 billion investment from Constellation Brands, which Linton described at the time as "rocket fuel" for its global plans.

Zekulin, who has also been tasked by the board to begin the search for a "new leader," said Wednesday's move was "unexpected."

"There is certainly a level of shock, a level of sadness," he said in an interview. "On the other hand, the people here know that the company is bigger than one person, bigger than two people... And we want to achieve all those great things that Bruce was involved in laying the foundation for."

In reporting the results, Linton said Canopy invested heavily during the quarter for longer-term growth, such as boosting its production capacity and preparing for the launch of edibles once legal later this year.

Constellation Brands, Canopy's biggest shareholder, said last week that it was not pleased with the cannabis company's recent year-end results. The massive alcohol company, whose brands include Corona Beer and Kim Crawford Wines, also recorded a US$106-million loss in its own financial first quarter in connection with its stake in the Canadian cannabis company.

Constellation's multibillion-dollar investment in Canopy also afforded it four out of seven board seats.

Ryan Tomkins, an analyst with Jefferies, said it appeared that there "became a growing frustration with Canopy's growing investments which saw Constellation's investment diminishing and losses widening."

"We think the significant money they have invested has set them up well to be a global leader in the future," Tomkins said in a note to clients. "For this, Linton's work must be applauded. The issue now in the space, however, is that for valuations to push on we need to see increasing institutional ... investment. For this, Cannabis companies need to show a route to profitability."

Vivien Azer, a Cowen analyst, noted that "while we commend Linton for his vision in establishing the world's leading cannabis company, we believe new leadership will be a welcome change."

"Mark has played an integral role in the company's success since its inception, including managing all aspects of the company's day-to-day operations. He is committed to helping ensure a successful transition, as Canopy begins a process to identify a leader to drive the company's vision going forward," a company spokesperson said in an emailed statement.

Zekulin did not have a timeline for the search for Linton's replacement, he said individuals with backgrounds in consumer-packaged goods or alcohol are obvious fits, the most important will be "cultural fit."

That new leader may not necessarily serve as a co-CEO alongside him, he added.

For Linton, the future does not include another cannabis company in Canada due to a non-compete clause, but working in the industry beyond its borders is on the table, he said. Linton said he is also focusing on other Ottawa-based companies he is already involved with, such as Martello Technologies.

When asked about whether the Constellation investment was the right move in hindsight, Linton said he would "do that deal seven days a week."

"There was a risk here, but it's a personal risk not a corporate risk. You would always do this deal as a company... This company is in a spot that is globally unequalled."