Several hundred students celebrated the recent snowfall with a giant snowball battle at the University of Toronto campus, but fell short of breaking the record for biggest snowball fight.

Tuesday afternoon, approximately 400 students from across the Toronto area braved the cold to throw and dodge snowballs at the northwest corner of King's College Circle.

Organizers had hoped to break the world record for largest snowball fight, set in Seattle in 2013 by 5,834 people, but didn't meet the goal.

Several participants said they planned to try to break the record again next year. 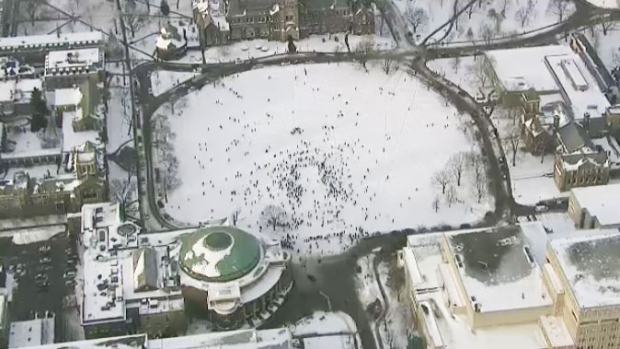