A nearly ten-months long investigation by multiple Ontario police services has resulted in more than 400 charges laid on a group of 22 individuals accused of smuggling guns and drugs over the Canadian-U.S. border.

York Regional Police Insp. Ahmad Salhia said the effort began with a person under investigation for drug trafficking in London, Ont. in October 2021.

According to police, it then spread to include allegations of a gun smuggling ring where firearms were brought across the Canada-U.S. border through Walpole Island First Nation land west of Wallaceburg, Ont.

Salhia said, at its narrowest point, the St. Clair River that separates Walpole Island First Nation from Port Huron, Michigan, is less than one kilometre wide.

He would not say what method was used to get the guns across the river, but added that an incident involving guns attached to a drone found in nearby Lambton County in late April is not related to this investigation.

Officers from the Ontario Provincial Police, London police, York police, and Peel police said they built their case and then raided 22 homes and two businesses on July 28.

Twenty-seven hand guns, all believed to be from the U.S., and a quantity of drugs, including nine kilograms of cocaine, 1.9 kilograms of fentanyl and 20,000 Xanax pills were allegedly found, and 22 people were taken into custody.

Salhia said some of the fentanyl was pressed “to appear like candy – a car a butterfly or a number of other things.” 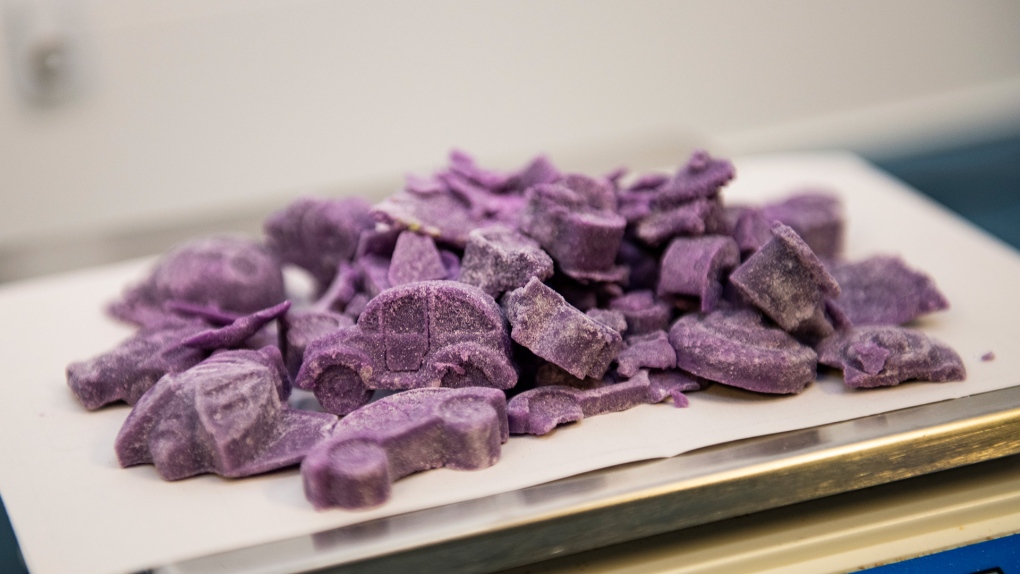 Fentanyl made to look like candy is shown in a YRP handout image.

If someone was to consume such an item “the outcome would most certainly be fatal,” he said.

Officers also seized 17 over-capacity magazines for the handguns and 300 rounds of ammunition.

The accused parties range in age from their 20s to 67-years-old, police said. Combined they are facing more than 400 criminal code offences.

An analysis found 20 of the guns seized were from the U.S., including places such as Florida, Ohio and Michigan. 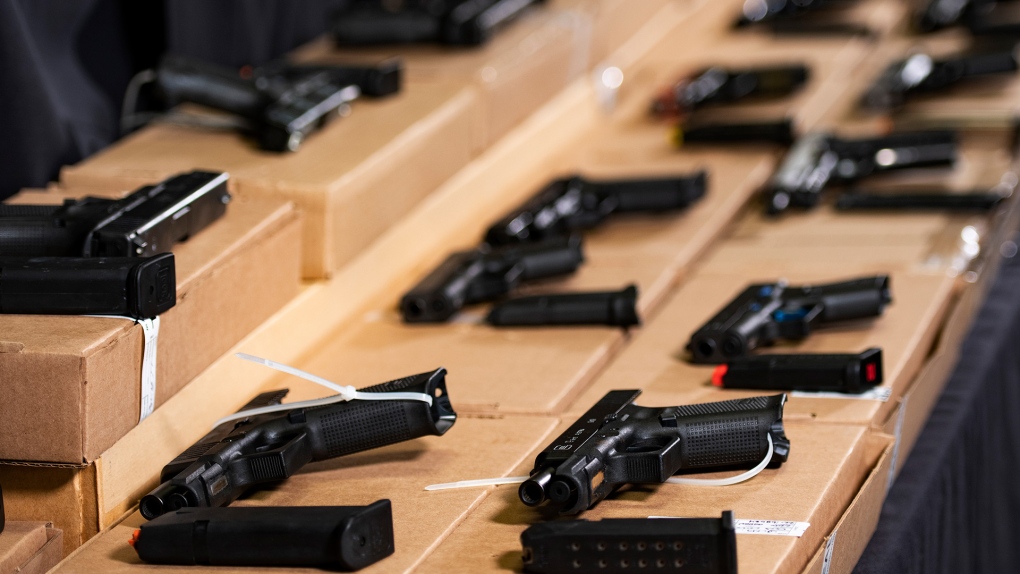 Assorted handguns and magazines are seen in a handout image from YRP.

“We believe that the balance of those firearms, the seven remaining, will also be traced to the U.S.,” Salhia said.

Police commended the work of the Walpole Island First Nation, both its band council and police service, with helping them intercept and track the suspects.

Walpole Island First Nation Chief Charles Sampson said his community could be of even more assistance in stopping the cross-border gun trade if it was adequately resourced.

“Our police service is terribly underfunded – we only have nine to eleven officers in the field and we have to protect an international border between Canada and the United States,” he said. “We have one boat, but we need a whole marine division to do our job effectively.”

He urged the provincial and federal governments to give his community more money to beef up its law enforcement capabilities.

“We desperately need adequate funding to get this job done.”