TORONTO -- More than one hundred people marched through Toronto’s downtown core on Saturday to commemorate Emancipation Day, but to also raise awareness about anti-Black racism in government institutions.

Emancipation Day is held every year on Aug. 1 to mark the abolition of slavery across the British Empire and its colonies.

“It is a solemn day. It is a sacred day,” Bishop Ransford Jones of the Destiny Gospel Centre said. “We have come to ensure that we will use our freedom of today to ensure the freedom of our people for tomorrow.”

“The bonds and chains are no longer holding us, however, we are still bridled by the fact of racism that exists in the institutions and the systems. We have to break those,” Yvette Blackburn with the Global Jamaican Diaspora Council said.

“We need to look structurally into the frameworks of racism and discrimination that are impacting us across the board. It’s not just segmented it’s all intertwined.”

The demonstration started in front of the Children’s Aids Society of Toronto and made several stops including Toronto Police Headquarters, Old City Hall, the Ministry of Education and Mount Sinai Hospital before ending at Queen’s Park. 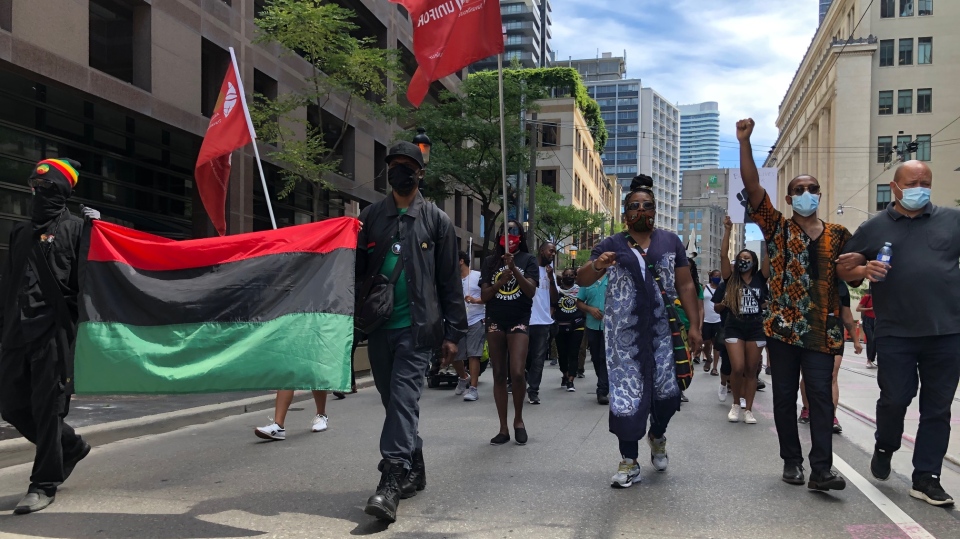 Activists say systemic racism in Canada and Ontario has been studied for decades and are calling on governments and corporations to take immediate action.

“The community doesn’t want to participate in consultations anymore, no more round tables, the time for action is now,” said organizer Dave D’Oyen. “We’re talking about real legislative action that needs to be taken, policies and procedures that need to be changed.”

Another protest occurred Saturday evening in downtown Toronto, with participants calling for the abolition of the prison system.

The protest started at Bellevue Square Park at 8 p.m. and ended at Yonge and Dundas Square.

The march was organized by Not Another Black Life in collaboration with other organizations, including the Toronto Prisoner's Rights Project, Palestinian Youth Movement, Keep Your Rent Toronto, and Climate Justice Toronto. 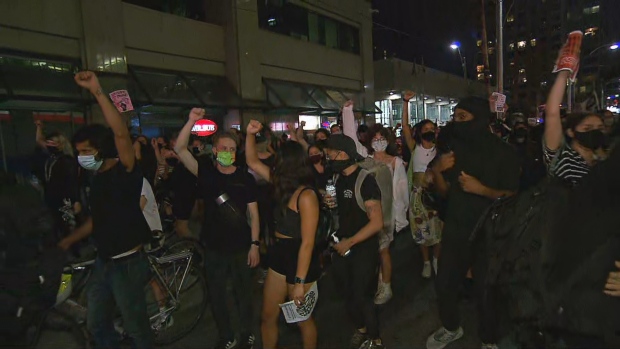 In a social media post days before the march, the group said, “emancipation isn’t real until the systems that oppress us are abolished.”

“Our ancestors abolished slavery, we will abolish the prison industrial complex.”

Emancipation isn’t real until the systems that oppress us are abolished. Our ancestors abolished slavery, we will abolish the prison industrial complex. Show up and show out. #notanotherblacklife pic.twitter.com/2z920k79Xr

Emancipation Day is only officially recognized in Ontario but for years advocates have been calling for the federal government to mark it every Aug. 1.

With files from Bryann Aguilar