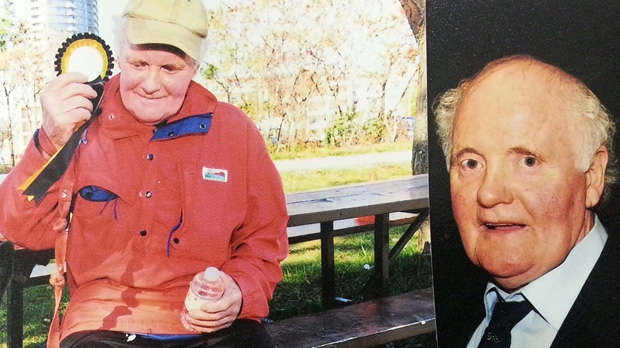 These photos of missing man Michael John Hamill were released by Toronto police.

Toronto police say they have found what they believe are the remains of an elderly Toronto man missing since late last week.

Michael “Mickey” John Hamill, 67, left his Junction-neighbourhood home in a cab shortly before 8:45 a.m. on April 11.

He was last seen at a restaurant near Runnymede Road and Bloor Street West.

In a release issued Monday evening, Toronto police said they had discovered a deceased person in the High Park area believed to be Hamill.

Foul play is not suspected, the release states.