According to Denis Frenette, Vice President of Visual Presentation for Hudson's Bay, this year's theme is "behind the scenes in Santa's workshop."

"All the behind the scenes. The ornament making, the snow making, the magic of Christmas in Santa’s workshop," Frenette told CTV News Toronto. 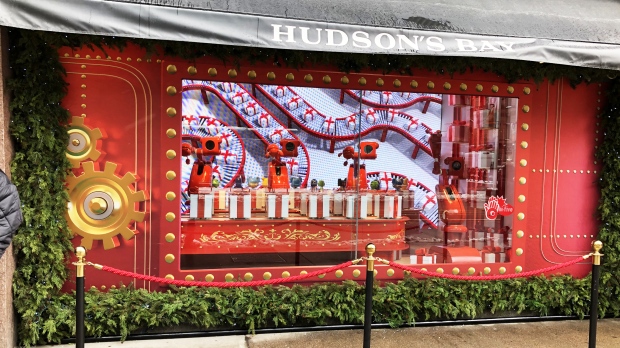 Mayor John Tory was on hand for the unveiling, as well as two members of the musical group, The Reklaws.

In this year's display, one of the five windows is interactive. You simply put your hand on the exterior button and the robot inside the display puts its arm up and gives you a high-five.

Celebrating the start of the Christmas season this morning, unveiling this year’s @HudsonsBay holiday windows. I hope all Torontonians get a chance to come by and experience the magic of the windows for themselves – a Toronto tradition of more than 100 years. pic.twitter.com/OczN2gLemP

Another window shows how Santa tracks all his mail from kids around the world.

"Santa is really organized with his computer and tracking everything to make sure he is not missing any kids," Frenette said.

The holiday windows will be on display until the New Year. 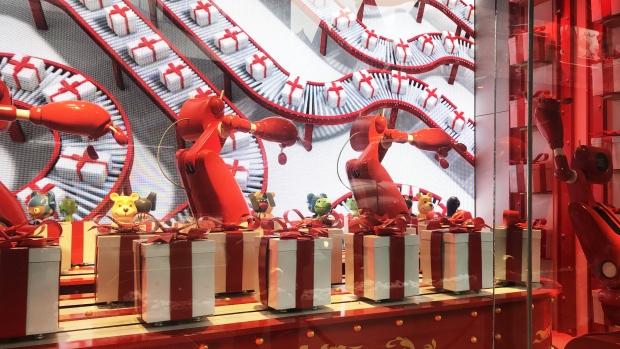