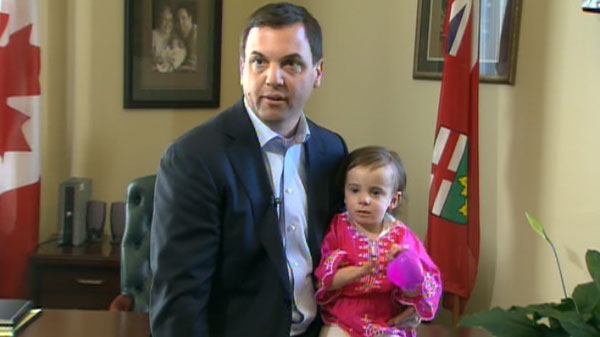 Ontario's Progressive Conservative leader Tim Hudak says his young daughter has been taken out of the intensive care unit at SickKids Hospital, days after she was admitted.

On Thursday afternoon, Hudak said via Twitter that he and his wife, Debbie, "are very relieved and thankful Miller has been moved from ICU to a regular room where she continues to receive excellent care."

Hudak announced Monday that the 3-year-old was being treated for an undisclosed illness, adding that he appreciated the expressions of concern.

"My family and I are grateful for all the thoughts, prayers and well wishes we have been receiving. And we truly appreciate that we continue to be given our privacy during this time," he said in a statement.

The congregation of Hudak's church in Fort Erie has been asked publicly to keep the family in their prayers.