How will the Ontario education battle end? Former premier Kathleen Wynne weighs in 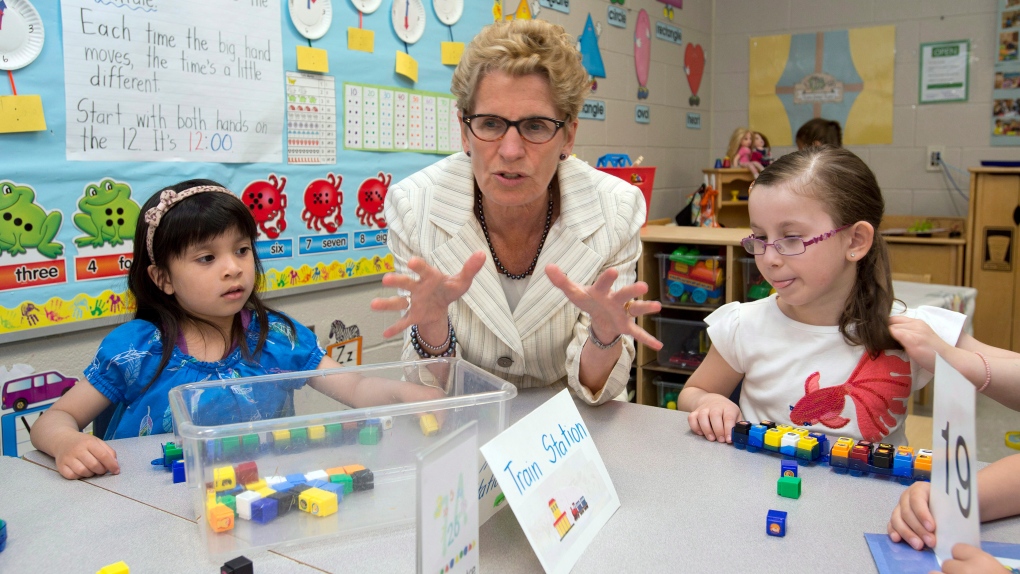 Ontario Liberal leader Kathleen Wynne sits with school children during a campaign stop in Markham, Ontario on Wednesday May 28, 2014, 2014. THE CANADIAN PRESS/Frank Gunn

QUEEN'S PARK -- Former Ontario premier Kathleen Wynne believes the current dispute between the Ford government and teachers’ unions will end with back-to-work legislation and believes calls for the government to intervene will grow louder if job action continues beyond March Break.

Wynne suggested, Monday, that the government “would like to legislate the teachers back,” but said Education Minister Stephen Lecce and Premier Doug Ford aren’t in a legal position to use their law-making powers to end the strike.

In order to enact back-to-work legislation while avoiding a constitutional challenge from unions, the government would first have to prove that the school year is in jeopardy – a call that can only be made by the Ontario Labour Relations Board’s Education Relations Commission.

In 2015, then-Education Minister Liz Sandals called on the commission to judge the impact of a five-week long strike by the Ontario Secondary School Teachers Federation in three school boards, including Durham and Peel.

The commission’s ruling gave the former Liberal government, under Wynne, the legal cover it needed to enact legislation preventing future strikes for the remainder of that school year.

Five years later, and now sitting in the opposition benches, Wynne believes the government is intentionally following the same path in order to pass back-to-work legislation.

“Back-to-work legislation is a last resort,” Wynne said. “I think there’s an appetite in this government to get to that last resort place.”

Wynne used Monday’s session of Question Period to grill Minister Lecce on whether his government is paving the way for legislation – a notion that Lecce quickly dismissed as a “bit of irony” from the former premier. 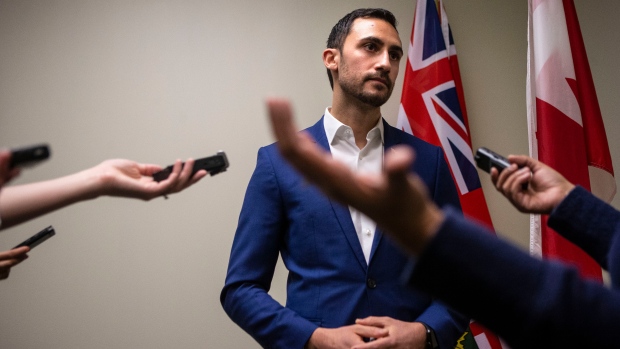 “Let me tell you what our plan is. It’s to get a deal that keeps kids in this province in class. That’s [why] we’re at the negotiating table.”

While the government is currently in negotiations with two of the four main education unions, including those representing English Catholic and French-language teachers, multiple attempts to reach a negotiated settlement have been scuttled.

The breakdown in relations led to several days of rotating and one-day strikes and resulted in a one-day province-wide strike for all unions last Friday – the first time since 1997. 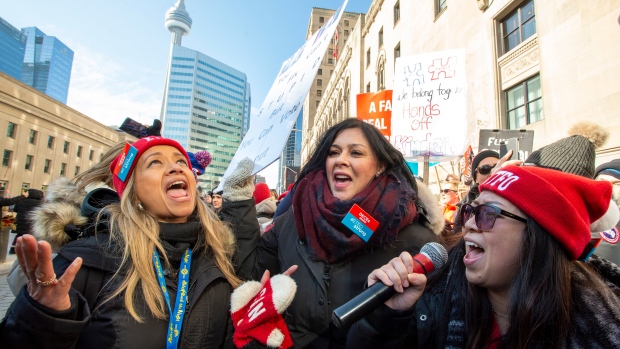 That same day Lecce told CTV News Toronto that the Progressive Conservatives were not prepared to “let this go on forever” if teachers and the government can’t reach a negotiated deal.

While the Ford government insists that the strikes have placed an undue burden on families, it has shied away from calling in the commission to assess the state of the school year, signalling that it hasn’t met the threshold just yet.

Wynne said while the decision to legislate becomes clear if there is an “all out strike” over a number of weeks, she believes that call could some sooner, rather than later.

‘I think if we don’t see something settled by March Break, I think you’ll see a call, at least from parents, for the education relations commission to do something.”

Wynne would not say whether she would support back-to-work legislation if it were introduced by the Ford government.