'How many more mothers should mourn their children?': Regent Park residents grieve death of city worker killed in triple shooting 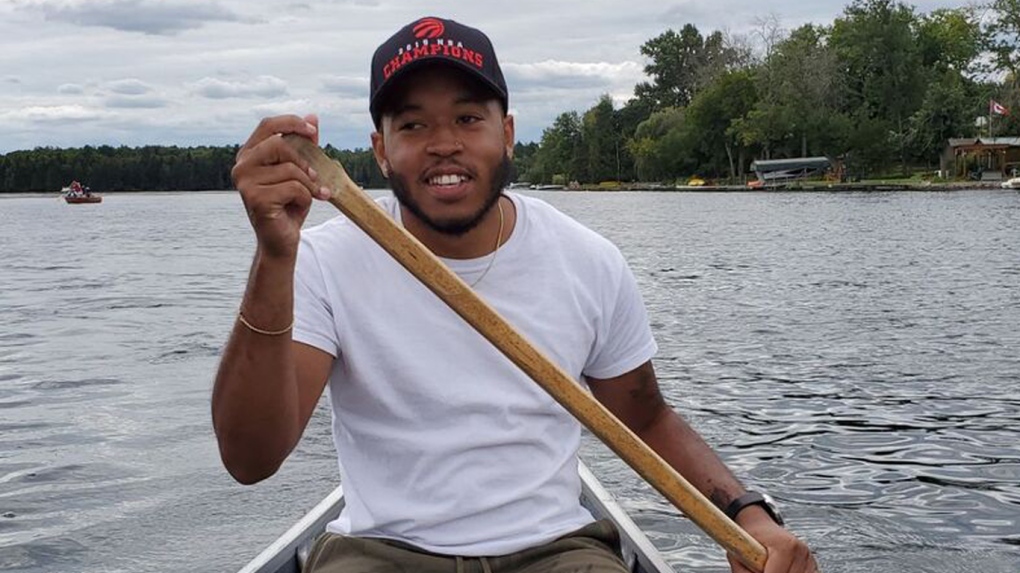 Thane Murray, 27, is seen in this undated photo. Murray was killed in a shooting in Regent Park on Saturday, Sept. 18, 2021. (TORONTO POLICE SERVICE)

TORONTO -- Balloons spelling the victim’s name flutter next to a children’s playground, along with flowers, candles and messages of love left in tribute to 27-year-old Thane Murray.

“Oh my God, I said it couldn’t be him, could never be him, it has to be somebody else,” co-worker Barbara Job said at the scene of a growing memorial.

Job described Murray, who was a youth worker at the Regent Park Community Centre, as quiet and kind, a well-known and well-liked young man who was always willing to lend a helping hand.

“I am actually in shock because when I heard about the shooting and I heard the name Thane, I thought — ‘I only know one Thane, please let it not be the one I’m thinking about.’ I feel so sorry for the family,” area resident Lori told CTV News Toronto.

The shooting happened around 10 minutes to nine on Saturday night.

“I actually was really close by when it happened, and it sounded like Afghanistan or Beirut. The gunshots? There must have been 60 or 70 rounds, maybe even more than that,” John, who adds the playground was full at the time, said. “I’m surprised there weren’t kids shot.”

“It’s devastating,” Toronto-Centre MPP Suze Morrison said, adding that all levels of government need to step up to tackle the root cause of the gun violence.

“This riding is the child poverty capital of Canada. We have the highest population of children accessing food banks. The youth in this community don’t have access to same resources or programs.”

Meanwhile, residents are struggling to accept the continued gun violence, which they say occurs with a wanton disregard for life.

“I feel very disturbed. I have a son right now. He’s in a wheelchair. He was shot in 2014,” Monique Edwards said.

“I passed here this morning and I saw [the memorial] and I thought, ‘How many more must die? How many more mothers should mourn their children?’”

A young man dead, two others injured and an entire community deeply wounded by this ruthless crime.