How many cameras are watching you? Toronto professor concerned about privacy

A Toronto professor says it’s "disturbing" how many security surveillance cameras track our every move in the city, yet most people are unaware they are being watched.

In Toronto, there are 15 police cameras that watch us, 500 in or near the Eaton Centre, and approximately 13,000 cameras that monitor us thanks to the Toronto Transit Commission.

"It is disturbing that there's such a massive breach of our privacy rights going on in the public all the time," said University of Toronto professor Andrew Clement, who is part of the faculty of information. "People don’t seem to know about it."

Clement is not alone in his concern. SurveillanceRights.ca collects crowdsourced information about different security surveillance cameras that have been set up in Canada. The information is then generated on an interactive map.

According to the Office of the Privacy Commissioner of Canada there are a number of situations and places where it is "reasonable" to expect surveillance to take place. Some of these places include high-crime areas such as near a banking machine or inside a convenience store.

If a crime takes place, investigators may then use the surveillance footage to help identify suspects or create a timeline of events. For example, in the 2012 Eaton Centre shooting, surveillance video clips captured the events that led up to the incident, and the panic that followed.

But despite the potential benefits, privacy advocates are concerned about who may have access to the footage.

Clement says he's also concerned that some companies that use closed-circuit television cameras are not fully disclosing what they are doing. He says they are legally supposed to have signs that indicate to the public they are being recorded, why and who is watching.

"They get away with it because nobody really complains about it or draw attention to it," he said. "I think it’s partly because people don’t know what the law is." 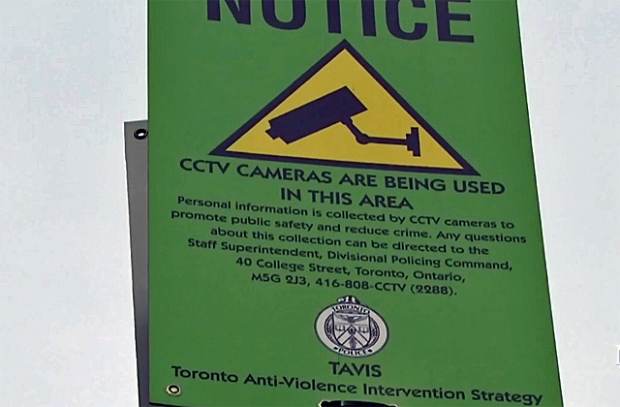