HAMILTON -- A map of France from the First World War featured in the Oscar-nominated film “1917” has a Canadian connection.

The more than 100-year-old map of the British and German trenches along the Western Front is among the 20,000 that have been digitized and uploaded to McMaster University’s archives and was spotted by the film’s production company.

Gord Beck is McMaster University’s Map Specialist and he showed CTV News Toronto the map during an interview Saturday.

“This one in particular is actually concerned with showing where enemy German units are located.” 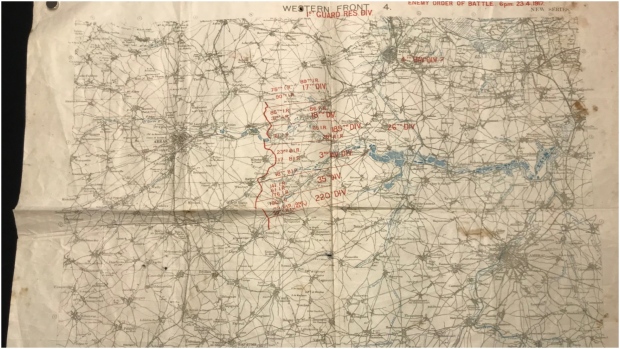 The film, which is up for ten Academy Awards, is loosely based on a story told by director Sam Mendes’s grandfather, who served in the war. Two British soldiers are assigned to cross the Western Front in a desperate rescue mission that takes them deep into enemy territory to save a battalion of 1,600 soldiers.

The map is featured in an early scene in the film, and helps drives the story.

Beck said that as he watched the film, the sight of the map itself was surreal. “I’ve been working with these maps since 2003, so about 17 years. So they're almost like family members, or like children. So then to go to a movie theatre and see that on the screen is kind of like seeing a familiar face in a crowd, in a place it shouldn’t be,” Beck said. 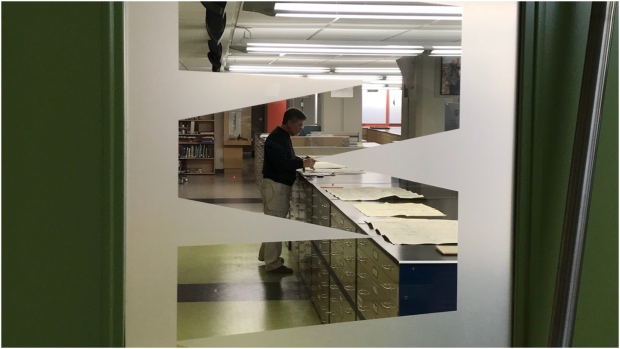 And while Beck admits that watching the Oscars isn’t always a top priority for him, he said he will be tuning in on Sunday night. “It depends on if I’m really interested in the movies that are up for awards that year. I probably will be watching tomorrow.”

Colin Firth plays the fictional General Erinmore in the movie, the officer who sends the soldiers on their mission. Firth’s production company is currently working on another war epic, “Operation Mincemeat” and Beck says the company has asked permission to use 20 of the University’s maps for that project.

The school doesn't charge for the use of the maps, but does ask for a credit on the production. Beck says his department has been digitizing maps since 2012, and said he’s thrilled by the attention the map’s involvement in the movie has received.

“It’s really, really satisfying to see people using it and the word getting out. And use in a film like this makes that word spread so much.”

According to Beck, the Mills Memorial Library archive is the largest online collection of First and Second World War maps in the world. And with Hollywood always looking to make another war epic, it likely means his phone won’t stop ringing anytime soon.