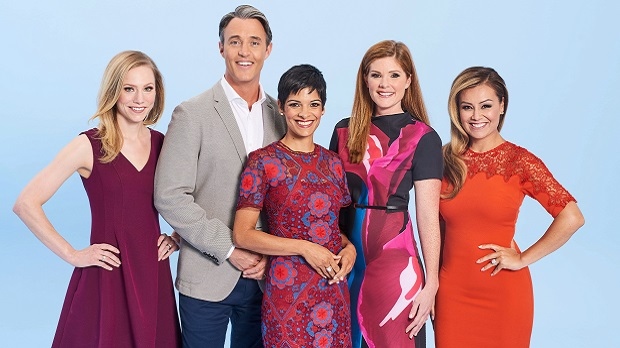 TORONTO -- When CTV's "Your Morning" debuts Monday, co-host Ben Mulroney hopes it will challenge some viewers' opinions of what is newsworthy -- and of who he is.

"The definition of news to me is a little broader than the way some people have seen it in the past," says Mulroney, who also co-hosts CTV's entertainment program "eTalk."

"And so I think we're going to have a lot of fun playing with the notion of what is newsworthy and how can we tell those stories, and demonstrate to people that: 'You might not think that .OscarsSoWhite was a story that mattered to you. Here's why it matters to you, and here's the impact of this sporting event or that fashion show."'

He also hopes the show will help Canadians see a different side of him.

"I think there's perhaps an assumption by some that what I do for a living perhaps defines the things that interest me, and that would be foolish.... This is going to be a show that allows me to explore (other) interests and by extension, bring Canada along for the ride."

"Your Morning" replaces "Canada AM," which was abruptly pulled off the air with one day's notice for viewers in June after a 43-season run.

Set at Bell Media's downtown Toronto headquarters, it has a new set with windows that open up to the street.

"What I hope to be able to do for this show is bring something to Canadian morning television maybe that doesn't exist right now," says Mediwake, "and that is, to bring people the news the way that they consume it currently -- so on more than one platform and on more than one topic."

Mediwake says in their first week, each team member will be seen in pre-taped segments visiting a different place in Canada that's significant to them. For her, that's Brooks, Alta., and Lethbridge, Alta., where she grew up.

"Viewers will be able to expect and appreciate that there will be news from their parts of Canada in 'Your Morning,' because it's part of your morning,' she says.

Mulroney says they'll focus on the biggest trending story of the day, whether that's hard or soft news, or sports.

He's looking "forward to showing Canadians that fun doesn't necessarily mean frivolous, that you can have fun in the morning and still do serious work, just as they do on a lot of the American shows."

"I point specifically to Matt Lauer, who has been able to cover the Golden Globes red carpet, get on a plane, come home and explain the economic meltdown to Americans, or dress as the Pope for Halloween and a month later be sitting at the Vatican talking to the Pope."

Mulroney and Mediwake say part of the appeal of working on a morning show is the ability to spend time with their kids (they each have three). They also love the idea of building something from scratch.

Both also have past morning-show experience -- Mulroney with stints on ABC's "Good Morning America" and "Live! With Kelly," and Mediwake anchoring at Global and CBC.

Still, the hours will take some getting used to.

For "Canada AM" fans who are hesitant to give the new show a shot, both Mulroney and Mediwake point out that they both worked on that show and feel its legacy lives on with "Your Morning."

"It doesn't take too much effort to tune in. It's a flick of a switch and if you like what you see, stick around with it, because it's going to be a lot of fun," Mulroney says.

"We're going to grow into something really special, I think, and it's something that we haven't done in Canada in a very long time and something that I think people probably didn't even know they wanted, didn't know they needed until it's going to show up on their screens."