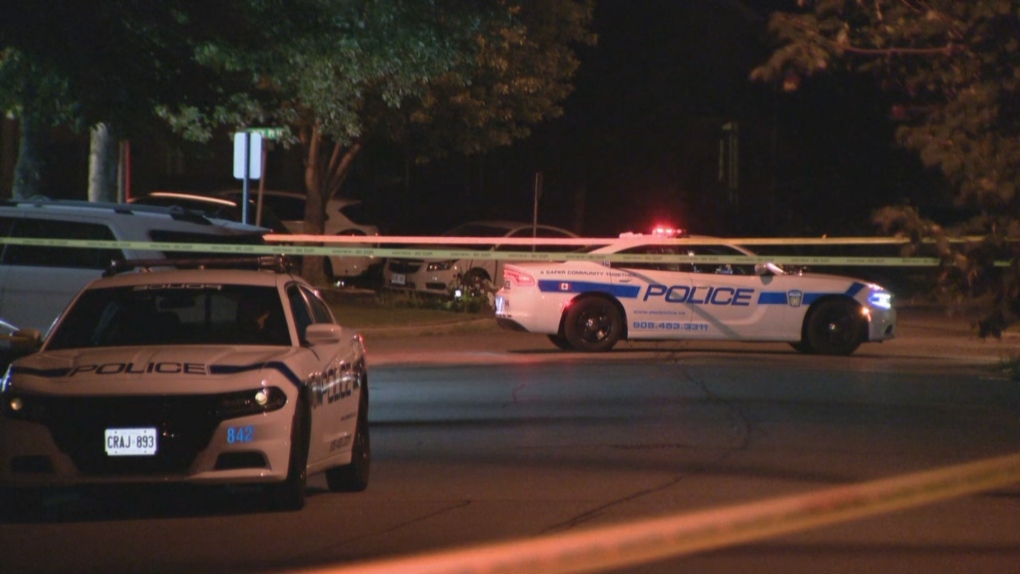 Police are investigating the suspicious death of a woman in Brampton

TORONTO -- Peel Regional Police's homicide bureau has taken over the investigation into the death of a 56-year-old woman found with obvious signs of trauma in a Brampton, Ont. garage Thursday evening.

Police received a call from paramedics just after 7 p.m. for a female victim with severe injuries located in the garage of a residence on Treeline Boulevard and Linstock Drive.

The victim was rushed to a local hospital in life-threatening condition, where she later died from her injuries.

Following an investigation, police said, it was revealed that the woman sustained an apparent gunshot wound.

Peel police Const. Sarah Patten previously said they did not receive any calls for a shooting in the area.

Police said they have obtained surveillance footage from the area, which has led to identifying two suspects and a black sedan as a vehicle of interest.

However, police did not release any suspect descriptions.

Investigators are urging anyone with surveillance or dashcam videos from the area from the hours of 3 p.m. to 6 p.m. on Aug. 13 to contact the Homicide and Missing Persons Bureau, or Crime Stoppers anonymously.