A person walks past a homeless man as he rests beside tents set up in Trinity Bellwoods Park during the COVID-19 pandemic in Toronto on Monday, September 21, 2020. THE CANADIAN PRESS/Nathan Denette

TORONTO -- A group of homeless people will be in a Toronto court on Thursday seeking an interim order to allow them to remain in their tents until their constitutional challenge of an eviction order by the city is heard.

The group, which includes 14 men and women living in several encampments across the city, and their supporters have launched an application that asserts the city's eviction threats violate their rights.

At issue is a local bylaw that bans camping or living in parks after midnight. Enforcement provisions require 72 hours notice before an eviction, but the city has threatened to kick them out with less than 24 hours.

The city, meanwhile, said in court filings the Charter of Rights and Freedoms does not entitle the group to live in parks.

"Parks are not places to live," the city said in court documents. "They are shared community resources, intended for shared use by all members of the public."

Selwyn Pieters, a lawyer representing the coalition, said the city has effectively stopped evicting those living in tents after the group launched the legal action in mid-July.

"The numbers in encampments have risen dramatically in the last few weeks and we expect it to get much worse as time goes on," Pieters said.

Hundreds of people began living in makeshift encampments throughout Toronto as they fled shelters for fear of contracting the novel coronavirus. The city initially put a moratorium on evictions in the parks due to the pandemic, but began clearing camps in May.

That led to standoffs between those living in the encampments and city workers, who sometimes showed up with heavy machinery to clear the sites. 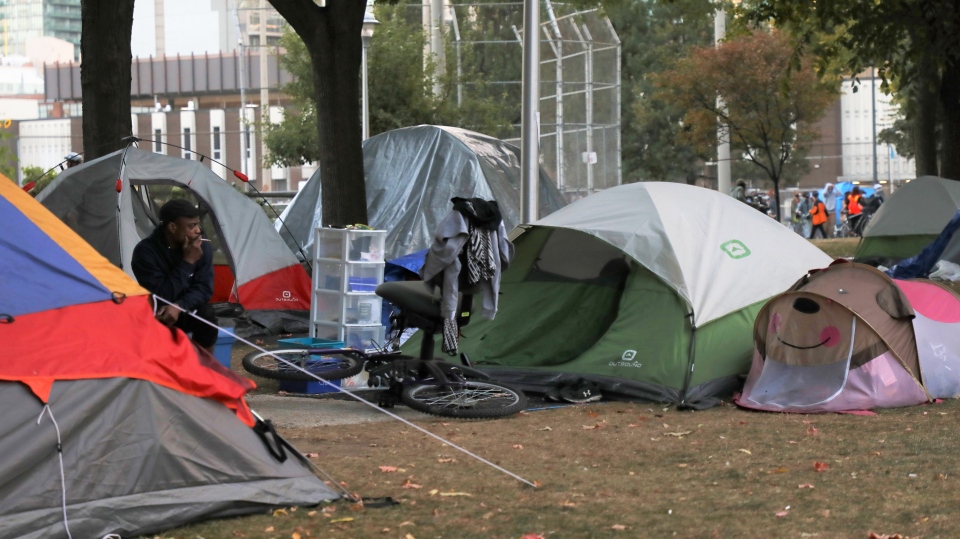 The city is also undertaking a massive relocation effort by depopulating shelters, buying or leasing hotels and vacant buildings to house the homeless. The city says they have moved about 2,000 people into new shelters, hotels and community spaces and another 2,000 people have been moved into permanent housing -- a 50 per cent increase from the same time last year.

In court documents, the city alleges the encampments are not safe.

"There have been frequent incidents of violence and human trafficking, fires, and unsanitary conditions in the various tent encampments in the city's parks," the city said.

Staffers have collected more than 10,000 used needles over a three-month period this summer, the city said.

It also said 13 of the 14 individuals in the case have been offered housing or shelter services and eight of the applicants accepted offers of hotel spaces and five of those remain there.

Pieters said forcing encampment residents to take whatever the city offers does not mean it can evict them if the residents refuse.

"Many of these temporary spots are far from the services these people need every day, so throwing them in midtown or Scarborough doesn't really help," Pieters said.

"There is a homeless crisis right now and this is about the city's subpar response to that during the COVID-19 situation." 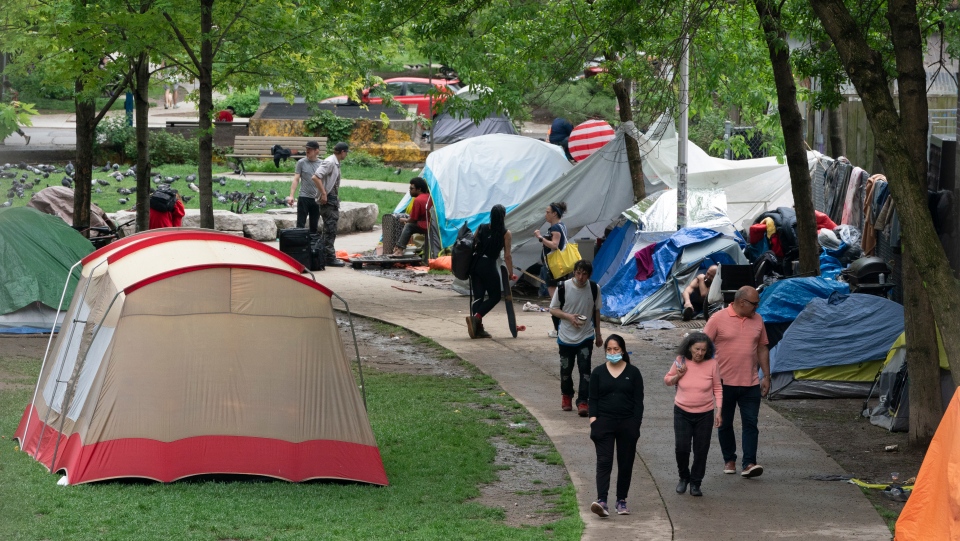 The city disputed that claim.