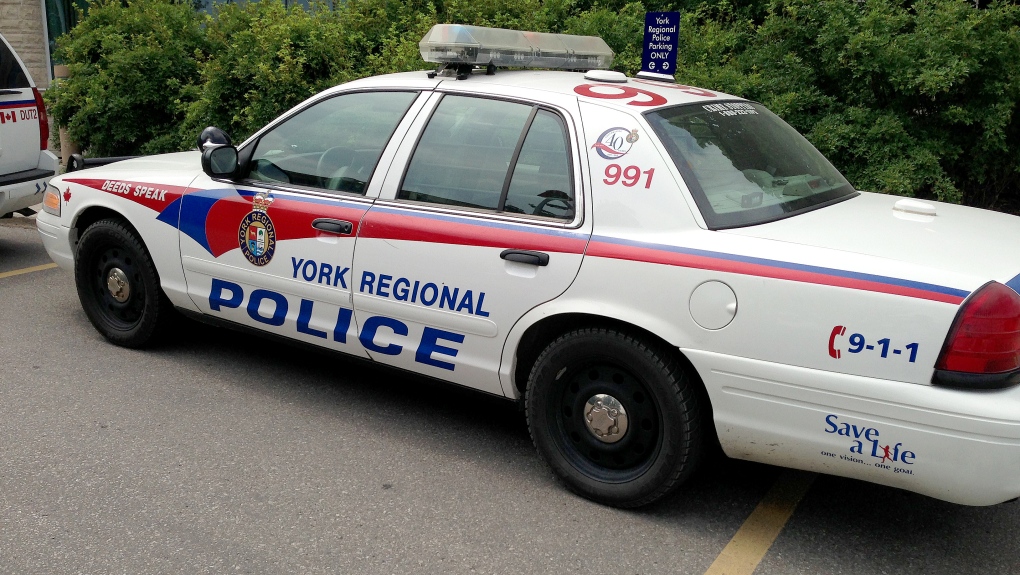 A York Regional Police cruiser is seen in this undated photo.

Hold and secure orders have been lifted at several York Region schools.

Police ordered the schools locked down earlier in the day after a threatening post was discovered online.

Police have not identified the schools, but several were locked down in the Markham and Steeles area north of Toronto.

The York Region District School Board says exterior doors and classroom doors were locked at the schools but classes were not disrupted.

“Everyone is safe,” the YRDSB said in a tweet.

CTV News has identified an online post on the website 4chan where a user threatened to hurt students.

The online post did not specify the country of the school under threat.

Police have not confirmed that this was the threat in question.

However, they did say the threat was not specific to York Region, with other countries also responding to the threat.

A school in the United Kingdom also went into lockdown after the threat was discovered. That school shares a name with one in the Markham area.