TORONTO -- Rubble and construction equipment now fill the space once occupied by a historic home in Toronto that was set to be considered for heritage status Monday morning.

The old stone cottage at 98 Superior Avenue in Etobicoke’s Mimico neighbourhood was one of three properties Toronto’s preservation board had recently considered adding to the city’s Heritage Register and the committee was scheduled to vote on the matter at 9:30 a.m.

But according to those who live in the area, the demolition started long before then and by 6 a.m., the structure that stood since the early 1900s was destroyed.

They had hoped that the new owner would be “fixing up” the property after it sold last year or at least keeping the building’s façade. Instead, by way of a committee of adjustment hearing this summer, the neighbourhood was informed the historic home would soon be replaced by a triplex or duplex. 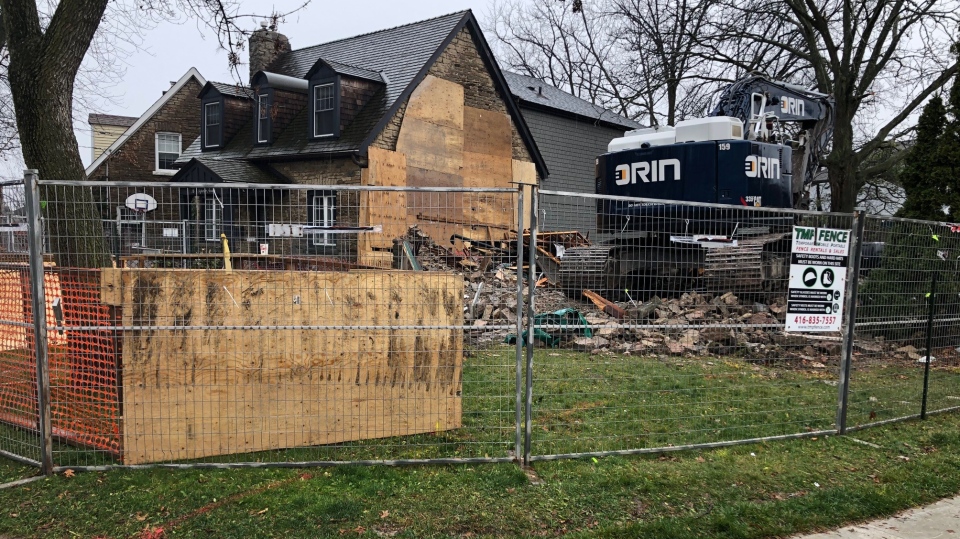 A permit to demolish the property was issued on Nov. 25 despite the pending heritage status approval, which even members of the preservation board didn’t understand.

“I fail to understand how we could be in this situation given the process that occurred with respect to trying to save the property,” member Elizabeth Sisam said at the group’s virtual board meeting.

“Somehow, the property received a demolition permit. I don’t understand that. What happened? How did this fall through the cracks,” she asked.

Sandra Shaul is the board chair and said that while “unfortunate,” the demolition was legal.

“It’s a loophole,” she said bluntly. “I think that it’s one that in the future will have to be filled. Unfortunately it was legal.”

On Saturday, protesters and neighbours surrounded the property in an effort to stop the impending demolition.

Board member Paul Cordingley said the incident has left him feeling “heartbroken” and believed there was enough time to add the property to the register before the demolition occurred, which city council could then prevent.

“I do hope that we find a way that this doesn’t happen again,” Cordingley said.

The board did pass a motion recommending the addition of the two neighboruing cottages at 96 Superior and 214 Queens avenues to the heritage register. 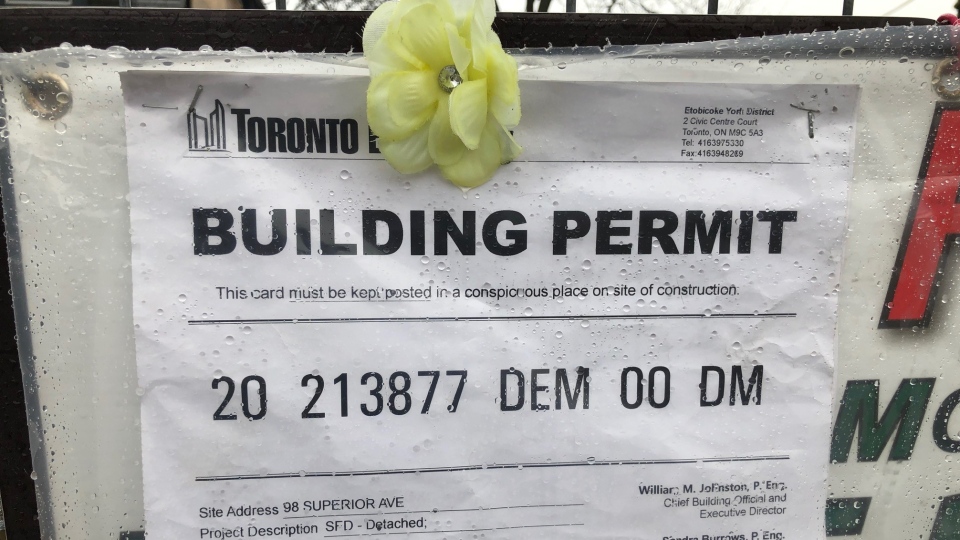 He said that steps were then taken by the owner to tear the building down before a proper "due course hearing" would have taken place to examine the merits of structure.

“The owner in this case would have known there was a preservation board meeting today,” he said.

While he agreed that the process was legal, he said the city and its planning committee need to “do better.”

According to the city, once a property is listed on the Heritage Register, the owner must give 60 days notice if they wish to demolish the property.

Because the property at 98 Superior Avenue was neither listed nor designated on that register, the city could not withhold or delay the approval of a demolition permit for heritage reasons.