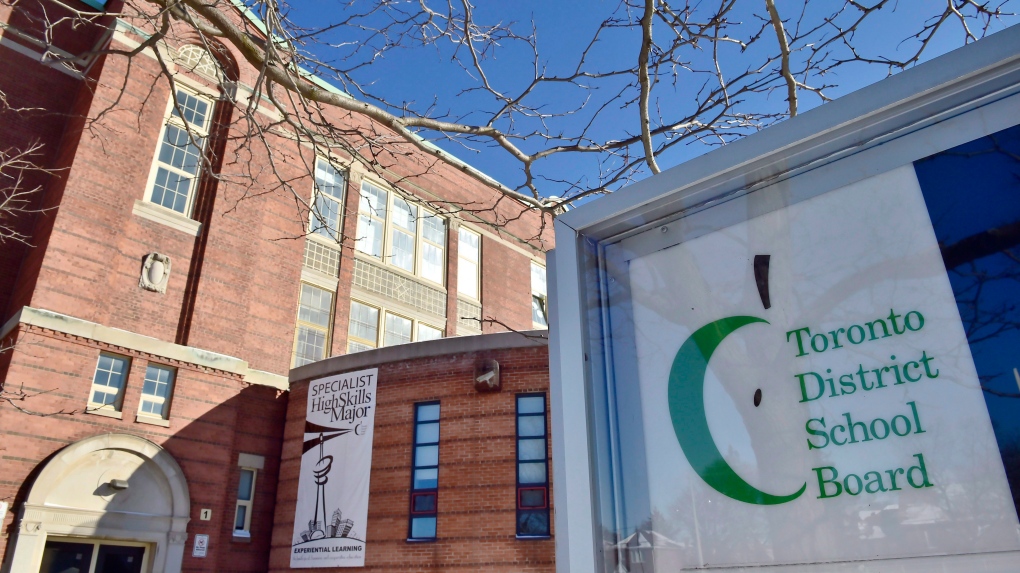 A Toronto District School Board logo is seen on a sign in front of a high school in Toronto, Tuesday, Jan. 30, 2018. THE CANADIAN PRESS/Frank Gunn

TORONTO -- The Toronto District School Board says that its virtual high school cannot accommodate any more students and it will now be up to individual principals to figure our how to provide online learning opportunities for the “hundreds” that have an expressed an interest in making the switch.

The TDSB had planned to provide three windows throughout the academic year for students to switch between virtual and in-person learning and vice versa but in a letter sent to secondary school administrators on Tuesday the board said that it now believes that the continued expansion of its virtual school is an “untenable proposition.”

The board says that as a result it has decided to not allow any more students to switch to its virtual school for Quadmester 2 and will instead leave it to principals to choose a virtual learning model that can be delivered at the school level.

The board had previously said that students could choose by Oct. 15 whether they wanted to switch between in-person and virtual learning but cancelled that deadline at the last minute.

“Right now we have about 18,000 secondary students in our TDSB virtual secondary school and the issue is that if we were going to have, let’s say 1,000 or 2,000 more students added to that, we would have to start pulling teachers out of high schools and if we were to do that all the courses that those teachers taught at brick-and-mortar schools would go with them,” board spokesperson Ryan Bird told CP24 on Thursday morning. “By making this change we can ensure some stability and make sure those course offering are still there, both virtually and at bricks and mortar (schools).”

In the letter obtained by CP24, the TDSB’s Associate Director of School Operations and Service Excellence Manon Gardner said that if more students were to be admitted into the virtual school staff would have to be reassigned and some traditional brick-and-mortar schools would have to “collapse courses and/or sections.”

He also said that the online platform used by the TDSB was not developed to “support such a large number of students at one school” and that a further expansion may result in “significant issues with timetabling and other processes.”

Speaking with CP24, Bird conceded that the number of students that have signed up for fulltime virtual learning both at the secondary and elementary levels has exceeded the expectations of board staff.

Earlier this year, numerous students at the elementary and secondary levels that opted for virtual learning were left without a teacher for weeks as the board scrambled to hire hundreds of new educators.

“I think there are 66,000 (virtual students) on the elementary side and 18,000 on the secondary side. Put together that is larger than almost every single school board in Ontario,” Bird said. “We have essentially created a mini school board in a matter of a few months so admittedly it has been a challenge and we didn’t get everything right. But I really do think that people are getting into the swing of it now and it has become the new normal.”

The TDSB has given principals four different options for how to accommodate students wishing to learn virtually but has said that they can also elect to utilize a different model, provided that it is approved by board staff.