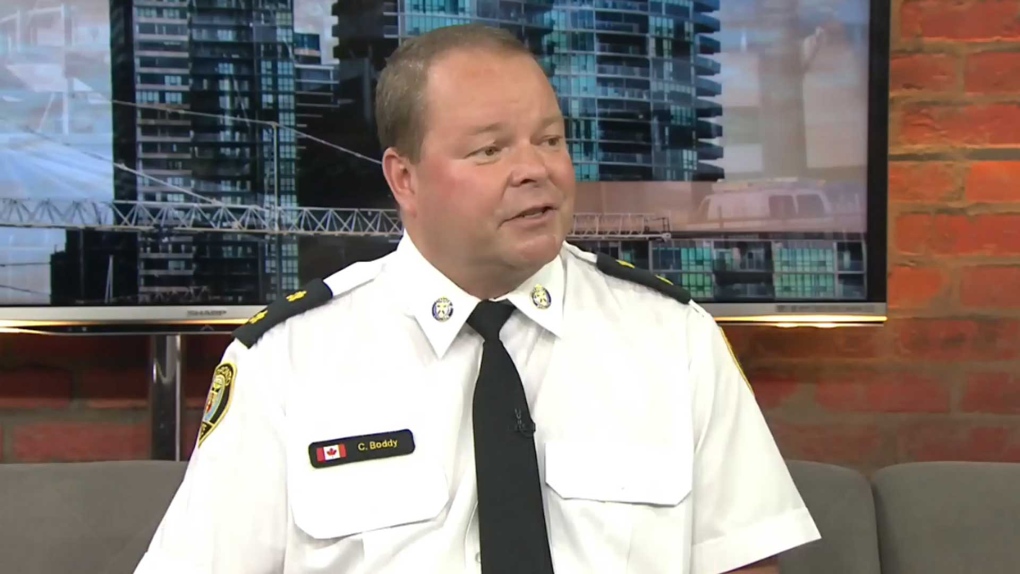 TORONTO -- A high-profile Toronto police inspector, who is known for his social media presence, has been arrested and charged with impaired driving.

The inspector has a sizeable social media presence, including a Twitter following of more than 40,000.

He has often used his Twitter account to advise against impaired driving. In Jan. 2016, Boddy tweeted out that 'Don't drink & drive' was his motto.

In 2019, he helped to lead Toronto police’s gun-buyback program, which offered city residents $350 for every handgun handed over to the force.

Before his arrest, Boddy, who is a 30-year veteran of the service, was assigned to the Wellness Unit at Toronto police’s 11 Division.

Further details about his arrest have not been made available.