Here are all the places in Ontario named after Egerton Ryerson. Will they change their name? 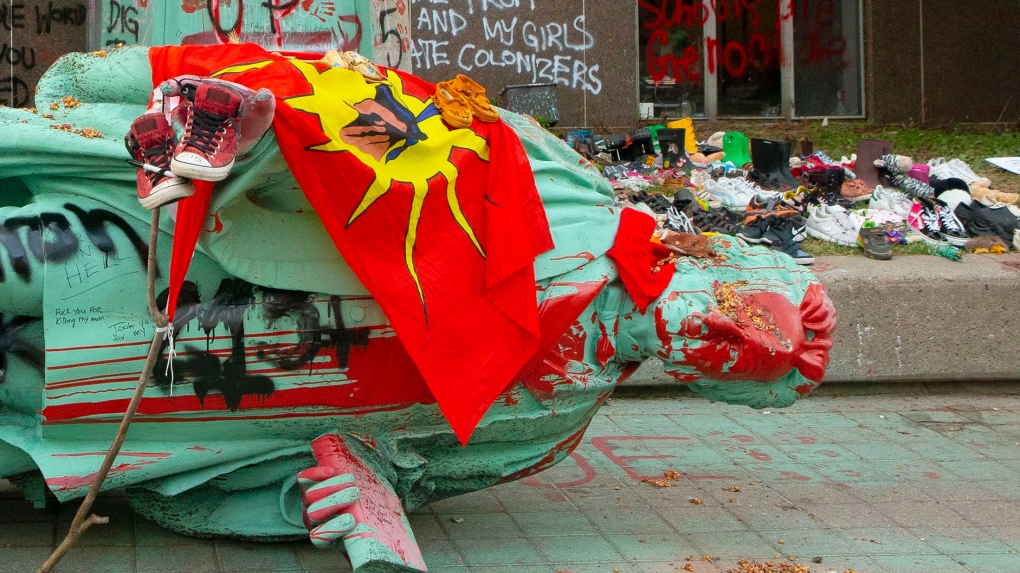 Protesters pulled down the statue of Egerton Ryerson at Ryerson University, in Toronto on Sunday, June 6, 2021. THE CANADIAN PRESS/Chris Young

TORONTO -- The name Ryerson is connected to one of the darkest chapters in Canadian history and yet for dozens of years, it’s been used to title many of Ontario’s important landmarks and institutions.

Egerton Ryerson was an architect of Canada's residential school system, which separated more than 150,000 Indigenous children from their families and inflicted grave human rights abuses.

This past summer, unmarked gravesites containing the remains of hundreds of people, believed to be mainly Indigenous children, were found at several former residential school sites across Canada. The search is ongoing to locate more of the mass gravesites.

As the leaders of institutions and municipalities in Ontario start to reflect on their country’s horrible past, some have decided to officially part with their namesake.

CTV News Toronto has compiled a list of several places in Ontario named after Egerton Ryerson, and contacted each one to learn if they had plans to make a switch.

Here’s what we found: