For the first time since they were elected back in June, Ontario's politicians will return to Queen's Park Monday for a roughly five-week summer session.

Here are five things to watch out for:

There will be quite a few new faces at Queen’s Park this week, with just over a quarter of MPPs making their debut at the legislature.

Two of the four political parties represented in the legislature will also be led by interim leaders. Former NDP Leader Andrea Horwath and Liberal Leader Stephen Del Duca stepped down from their roles after being trounced during the June 2 election and neither will be present during the summer sitting.

The NDP will be represented by Peter Tabuns, the MPP for Toronto-Danforth, while the Liberals are being led by John Fraser, the MPP for Ottawa South. Fraser is no stranger to the role, having acted as interim leader after Kathleen Wynne stepped down in 2018.

Both parties have said they will name permanent leaders by March 2023.

The seat for Hamilton Centre will be vacant. While Horwath did win her seat in the legislature, she has since decided to put her hat in the Hamilton mayoral race. A by-election will be called at a later date.

The Progressive Conservatives' first line of business on Tuesday will be to pass their 2022 budget, which they tabled prior to the election and used as their political platform.

During the election, the PCs also promised to increase funding for the Ontario Disability Support Program (ODSP) by five per cent and then legislate annual increases tied to inflation. For months, advocates have called for ODSP funding to be doubled.

It is unclear if any other changes will be made; however, back in April when the government adjourned for the election, Finance Minister Peter Bethlenfalvy said “this is our plan.”

“This is the budget that we're tabling and we'll get the people of Ontario to vote on that budget,” he said at the time.

The government appeared to reiterate this in a news release issued Friday that said Bethanfalvy will “re-table” the budget following the 1 p.m. throne speech. 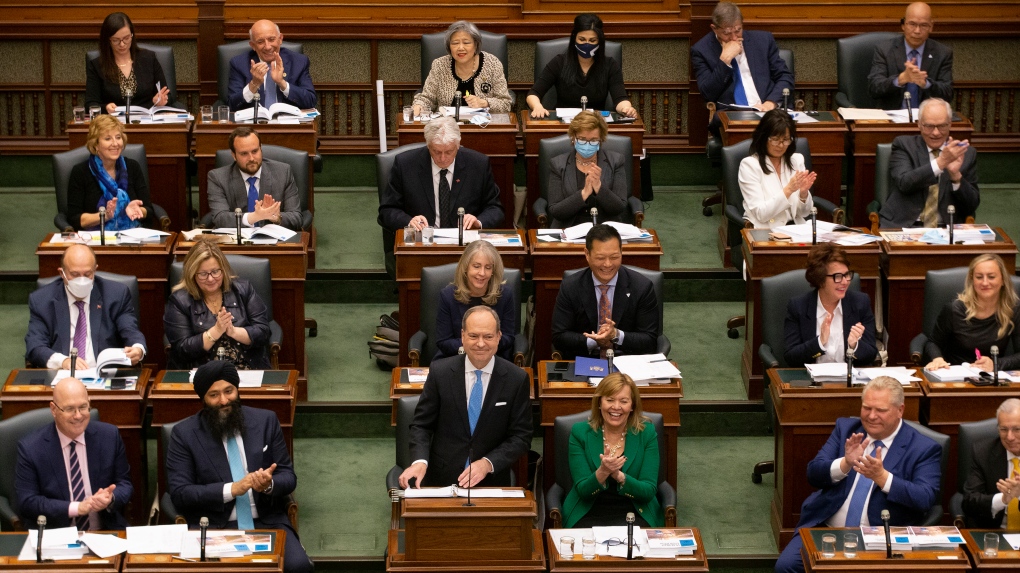 New Democrats want the government to go back to the drawing board for a budget that addresses what they call health-care crisis and rising inflation.”

Progressive Conservatives are expected to face questions and calls for action to address a severe staffing shortage in Ontario hospitals.

Last week, about 25 hospitals were forced to reduce beds, re-route care or in some cases close emergency departments and intensive care units.

Critics see Bill 124, which caps wage increases of public sector employees to one per cent annually, as a central hurdle to keeping enough staff on hand. Health-care unions say repealing the bill would be a welcome sign of good faith, however Premier Doug Ford rejected the idea last week. Ford says hospitals will negotiate ‘fairly’ with medical staff as their contracts affected by the legislation expire.

During the summer session, the NDP also plans to re-introduce failed legislation calling for an extended and permanent 10-day paid sick leave program.

New Democrats feel the program is critical amid the spread of monkeypox, reasoning that isolation periods for the disease can be 21 days. 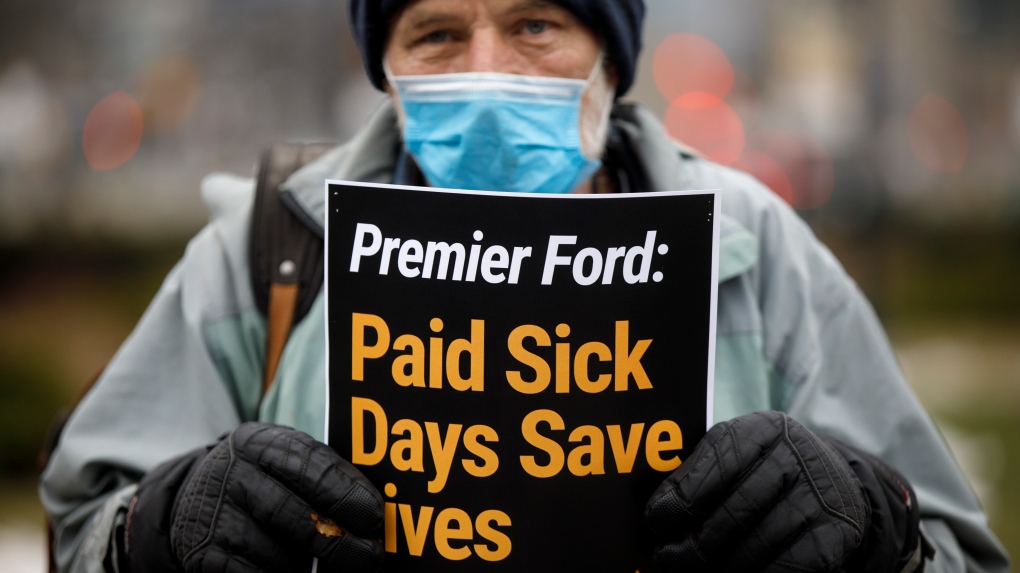 A man holds up a sign as a group advocating for Provincially mandated paid sick days for workers participates in a 'die-in' rally outside Queens Park in Toronto, Wednesday, Jan. 13, 2021. THE CANADIAN PRESS/Cole Burston

The Progressive Conservatives launched a temporary three-day paid sick leave program at the height of the pandemic offering eligible workers up to $200 a day if they need to get tested, vaccinated, or required self-isolation due to COVID-19.

The program is currently set to expire on March 31, 2023. In late July, a spokesperson for the Ministry of Labour told CTV News Toronto there were no further updates as to whether or not the program could become permanent.

The Ford government axed a Liberal paid sick leave program after they were elected in 2018.

The premier confirmed last month that he plans on altering the City of Toronto and Municipal acts to give mayors stronger powers over proposals at council. These powers, he said, would be given to the mayors of Ottawa and Toronto, allowing them to veto council decisions if necessary. Down the road the powers could be extended to other major city leaders.

Two-thirds of council could override a mayor’s veto, Ford added.

This would be the second time the Ford government has made structural changes to municipalities after an election without including it in a campaign platform.

After being handed a majority in 2018, Ford halved Toronto’s city council from 47 to 25 seats and removed regional chair elections in Peel, York, Niagara and Muskoka.

WHO WILL BE THE NEXT SPEAKER?

Before any legislation can be voted on, MPPs have to vote on the Speaker of the Legislative Assembly. Their role is to preside over debate in the chamber and ensure that MPPs follow the rules. They do not take part in debates–unless they are trying to maintain order during a squabble–and only vote in the case of a tie.

In a secret ballot, Ted Arnott, the MPP for Wellington-Halton Hills, was re-elected into the role Monday afternoon. He was up against fellow PC Mississauga—Streetsville MPP Nina Tangri, who, if elected, would have been the province’s first female speaker.

Once the summer session is over, the MPPs will go on another break until after the Oct. 24 municipal elections.

As of this morning, travellers to Canada do not need to show proof of vaccination against COVID-19 -- and wearing a mask on planes and trains is now optional, though it is still recommended.