Help solve the mystery: who is the baby whose photo was found in an old desk?

TORONTO -- When Monica Wright moved from Louisiana to New Mexico she picked up a used desk, and along with it, a mystery with an Ontario connection.

“I had bought an old desk from my sister and when I was unpacking I found a picture of a little girl,” Wright told CTV News Toronto from her new home in Santa Fe on Wednesday. ‘It was tucked underneath a bar on the desk. At first I thought ‘that kind of looks like me.’ Then I realized it wasn’t me.”

The identity and whereabouts of the girl is anyone’s guess, but the origin of the desk is clear. An insignia on the desk’s frame suggests it was constructed at Fleetwood Fine Furniture in Etobicoke. 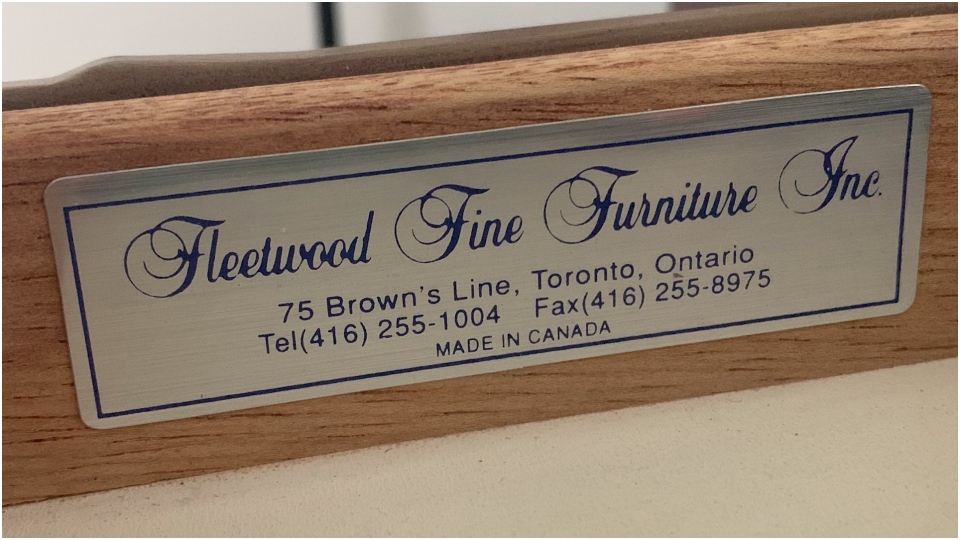 The mystery girl is wearing a white dress, with handwriting on the back of the photo identifying her only as Kimi, aged two years old.

Age and discolouration make it difficult to determine when the picture was taken, but a sticker on the back binding of the photo carries the label Berco, Ontario Canada. Wright is hoping with help from online sleuths she can fill in the blanks, and reunite the picture with its owner, or family.

“I know if someone had an old picture of my mother or grandmother I would love to have it back,” said Wright. “This desk was made in Ontario. The tag on the back says Ontario. I don’t think that’s a coincidence. The origin for both must be Ontario.”

A Reddit thread has been devoted to solving the mystery.

Wright, who has never been further north than Washington State, says if her efforts don’t pay off she’ll keep a part of Canada with her in New Mexico.

“I’ve resolved myself if this doesn’t work out, I’m going to keep the picture of Kimi with me at my desk. She can be my guardian angel.”