Hedley frontman's case on sex charges put over to August 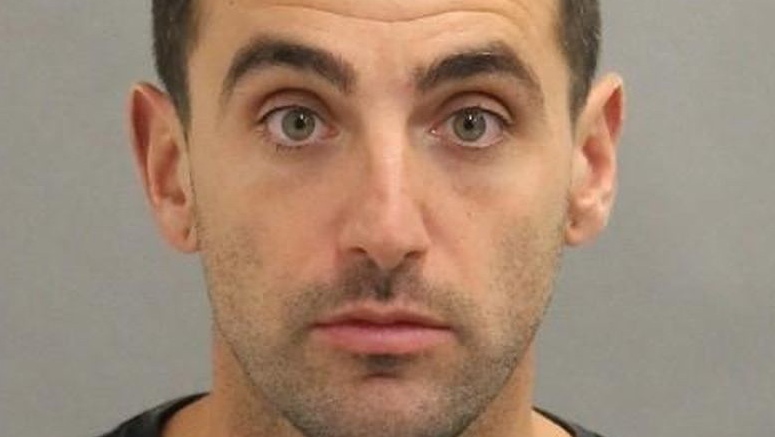 Jacob Hoggard, 34, has been charged in a sexual assault investigation. (Photo: Toronto Police)

TORONTO -- The case of rock star Jacob Hoggard, who faces three sex-related charges, was put over to next month after a brief court hearing in Toronto on Thursday.

Hoggard, the frontman of the band Hedley, was arrested in Toronto on Monday and charged with one count of sexual interference and two counts of sexual assault causing bodily harm.

The charges relate to three separate incidents involving a woman and a girl that allegedly occurred in 2016 in the Toronto area, police have said.

The 34-year-old musician did not appear in court in person but was represented by his lawyer, Ian Smith, who declined to comment on the details of the case.

"I know that there is a not insignificant level of public interest to this matter and, in particular, Mr. Hoggard's position with respect to the allegations that have been made against him," Smith said outside the court.

"That position will all become clear in due course and as appropriate in court, as the matter unfolds."

Hoggard is accused of touching a girl under the age of 16 "directly or indirectly ... with a part of his body, for a sexual purpose" in April 2016, court documents show.

Hoggard, who is from Vancouver, has previously denied ever engaging in non-consensual sexual behaviour, but has said he behaved in a way that objectifies women.

A handful of Hoggard's fans sat through Thursday's court hearing, despite the singer's absence.

"He saved my life ... with his music," one young woman said as she left the courthouse.

Many of Hedley's diehard fans have had to reconsider their feelings about Hoggard in recent months, as allegations of sexual misconduct -- and ultimately the criminal charges -- were made public.

Jodie Rae of North Battleford, Sask., has followed Hoggard's career since his 2004 stint as a contestant on "Canadian Idol" but, as a self-described feminist, she can't bring herself to "jump on the bandwagon" and support him, she said in an interview the day the charges were laid.

"I don't blindly just follow and have faith in somebody I don't know," she said.

The two-time Juno-winning band had, by that point, already been dropped by its management team, blacklisted by scores of radio stations and abandoned by musicians booked as tour openers.

Hedley withdrew itself from consideration for the Juno Awards in Vancouver earlier this year and backed out of performing on the telecast.

Hoggard's case is scheduled to return to court on Aug. 15.