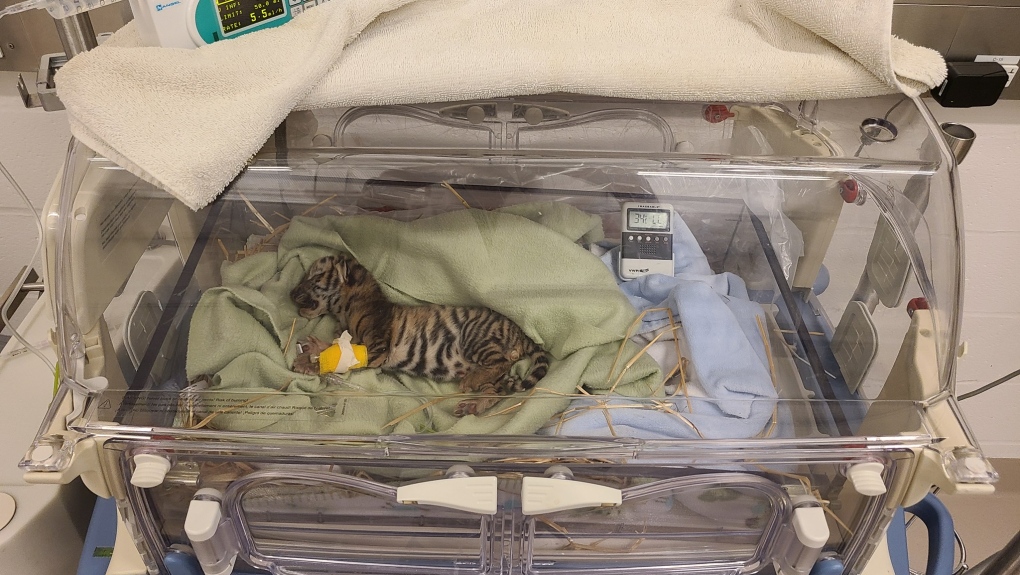 TORONTO -- The Toronto Zoo has had to say goodbye to one of three tiger cubs born on April 30.

The cub died on Sunday, after what the zoo called, “a very difficult weekend of valiant efforts from the Wildlife Heath and Wildlife Care teams.”

In a Facebook post, the zoo says the cub was lethargic on Friday and his mother, Mazyria, was seen separating him from his siblings in the den. The cub was taken to the Wildlife Health Centre’s Intensive Care Unit where the zoo says he was, “comatose, severely hypothermic, hypoglycemic, and severely dehydrated.”

“A Veterinary Radiology Specialist conducted a full abdominal ultrasound that strongly suggested hepatitis which, in that case, was suspected to be due to a bacterial infection of the liver,” the zoo said.

To help comfort him while he was separated from his family, the cub was given a stuffed toy with a heartbeat, similar to a mother tiger. 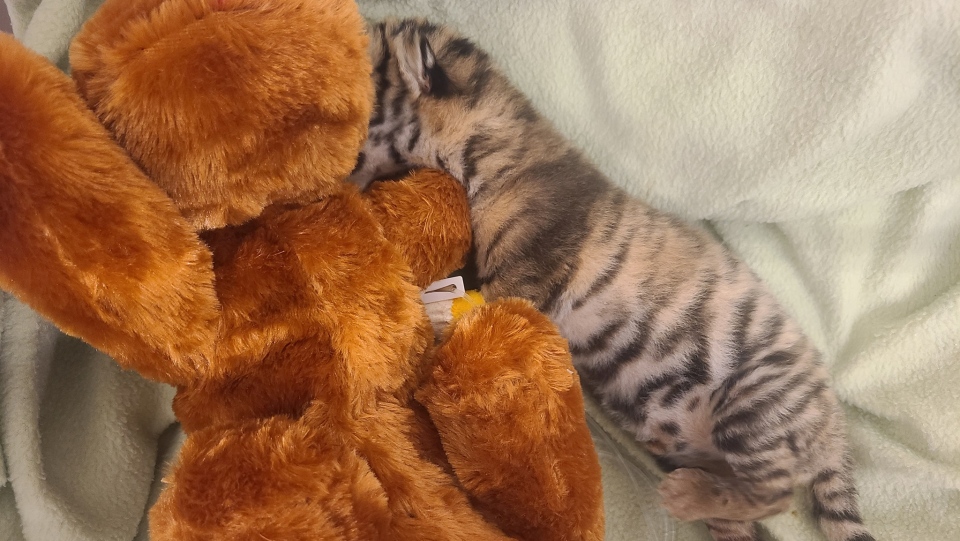 However, in spite of all the staff’s efforts, the cub’s condition continued to deteriorate. By Sunday, he was, “unable to lift his head and minimally vocal, jaundiced, and developed involuntary twitching.”

Sunday evening, as his breathing and heart rate slowed, zoo staff made the heartbreaking decision to humanely euthanize him.

“He fought very hard over those 48 hours and we are so proud of our entire team who heroically did everything to stabilize and improve the condition of this little male cub,” the zoo said. 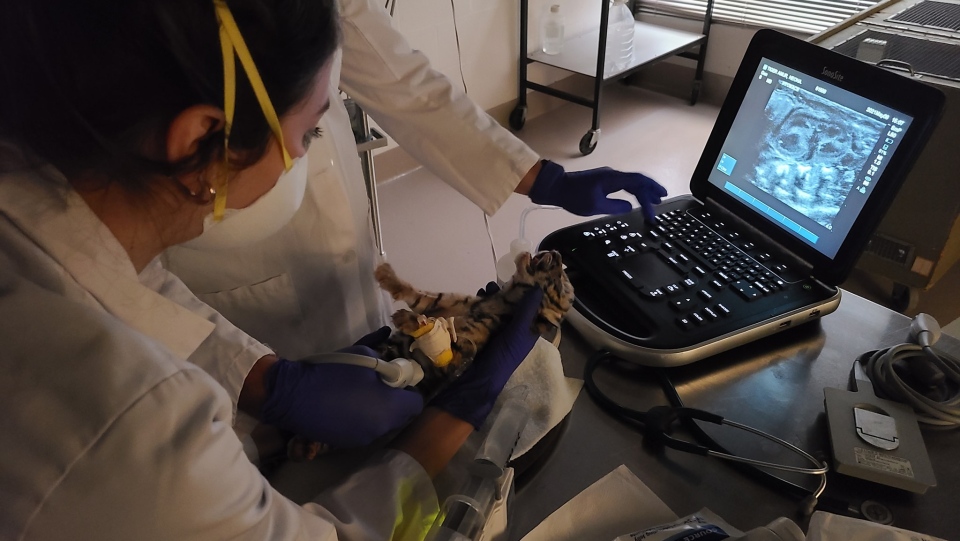 The cub’s mother, known to zoo staff as Mazy, is part of the Species Survival Plan population and one of the oldest Amur tigers to give birth in the program. According to the Toronto Zoo, fewer than 500 Amur tigers can be found in the wild.

The zoo says Mazy’s other two cubs are doing well and continue to be monitored by staff.