The man accused in the largest single-day drug and gun bust in Toronto’s history is speaking out, saying on the stand at his trial that he’s a not a major drug dealer, but a “bio-energy healer” who was as surprised as anyone to find dozens of guns and millions of dollars in drugs in his shared apartment.

Daniel Dubajic’s tearful testimony came as the Crown attorney suggested he was not duped by a roommate but in fact in league with him, making money that he didn’t spend on his humble lifestyle but instead stashed in Bitcoin -- and he would have the judge believe he was just the unluckiest person alive.

“I’ve been doing healing and energy work and helping people for many years. I do natural healing. If you look at social media you’ll see me with the parrots I foster and the ducks I foster,” Dubajic said as his voice rose on the stand. 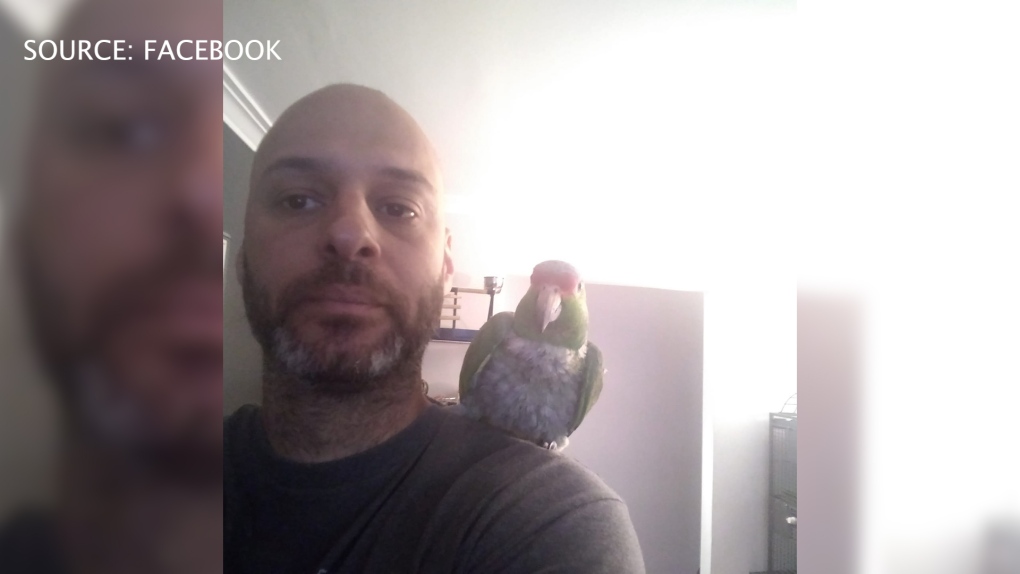 Daniel Dubajic and his parrot are seen in this undated image.

“Instead of being in the newspaper for that I’m in the newspaper as a drug dealer? I have two cars worth next to nothing. I have no money. I am in debt. It doesn’t make any sense,” he said.

Dubajic was charged with dozens of gun and drug crimes and held in custody after his unassuming apartment in Etobicoke was raided in 2020. Police said at the time they were led there by a tip.

“This seizure is the biggest single-day drug and firearm seizure in TPS history,” said Supt Domenic Sinopoli at a press conference at the time. 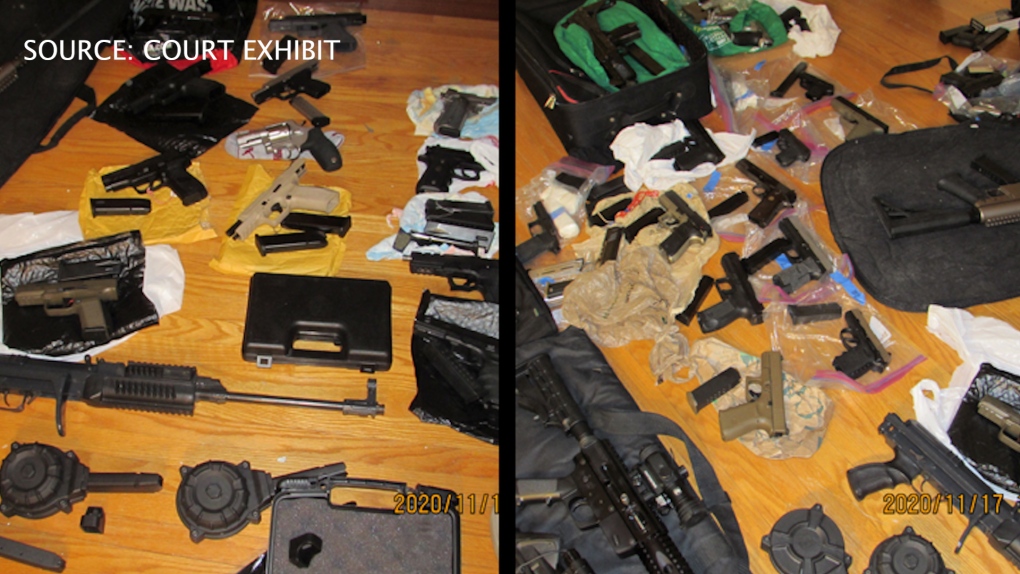 A number of guns allegedly seized in a shared apartment of Daniel Dubajic are seen here.

Court exhibit photos obtained by CTV News Toronto show duffel bags full of wrapped bricks of cocaine, some stamped with the word “LUCKY”. In all, 57 handguns were found, eight long guns, more than 100 kg of cocaine, 30 kg of crystal meth, as well as some MDMA and marijuana.

But the majority of it was found in a room Dubajic said he rented to a friend of a friend. On the door was a sign saying “Vandelay Industries,” a reference to the TV show “Seinfeld” of a fictional company character George Costanza gives as a job reference.

“He rented out the second room to someone he didn’t know very well coming from a friend he trusted,” said Dubajic’s lawyer, Mitchell Worsoff, in an interview.

“That person never slept in the room. Eventually, when there was a search warrant effected for whatever reason the police found all that contraband, much to his surprise,” Worsoff said.

Dubajic has no criminal record and lives a “humble, frugal existence,” Worsoff said, adding that he has been healing people “apparently successfully” in prison. 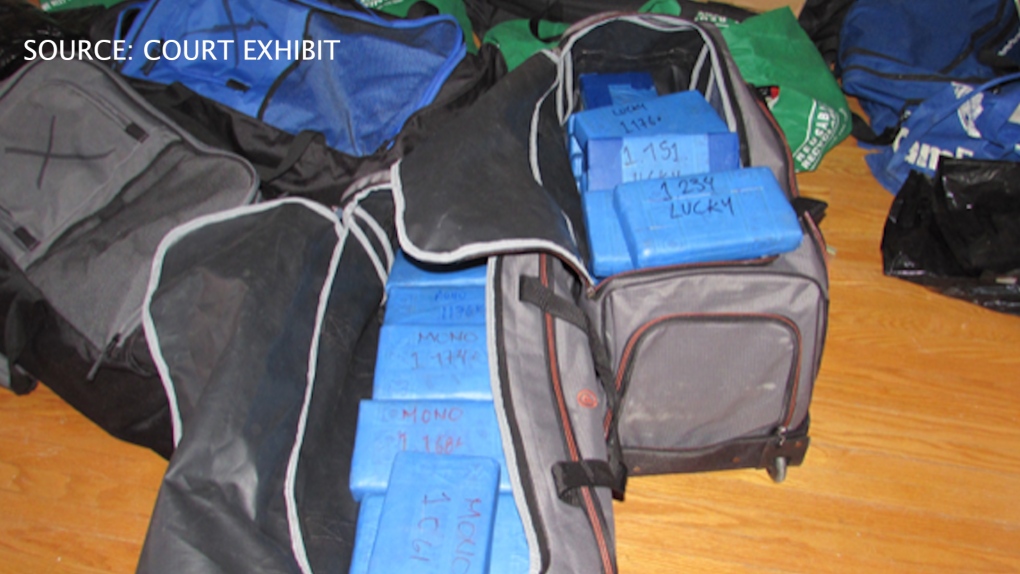 A cache of drugs allegedly found in a shared apartment of Daniel Dubajic is seen in this court exhibit.

Dubajic left his door open for his dogs and also had a parrot he testified that he fostered.

His social media shows the portrait of a man frustrated by COVID-19 restrictions, sharing memes including one that used an image of Brad Pitt next to the text, “First rule of 2021: Don’t take the vaccine.”

Dubajic did admit to having five ounces of cocaine he said was for his personal use and for small-time dealing to as many as seven people.

In his cross-examination, crown attorney Erin Pancer told him, “You see there’s an inconsistency between the holistic lifestyle and snorting cocaine.”

He replied, “No, I’m not doing anything detrimental to my health… I’ve personally done cocaine and I haven’t had any problems.”

Pancer suggested a handwritten ledger showed he was working for his roommate, and his lack of cash was because he was buying Bitcoin, alleging his story is simply unbelievable.

“You’re telling us in essence you are the most unlucky person ever,” she said.

“I’m telling you what the facts are,” he responded. He denied he knows how to buy Bitcoin.

Of the people connected to that rented room, court heard two of them have gone to ground and one of them is dead.

The standard in a criminal case is proof beyond a reasonable doubt, and so simple proximity to the drugs and guns may not be enough to convict him, though the prosecution has argued he must have known they were in the house.

Outdoor enthusiasts: How to keep active and motivated during Canadian winter

Germany's ambassador to Canada says NATO will not become 'a party to the conflict' in Ukraine, despite several countries announcing they'll answer President Volodymyr Zelenskyy's pleas for tanks, possibly increasing the risk of Russian escalation.