'He loved to live life': Memorial to be held for man who drowned in Lake Ontario 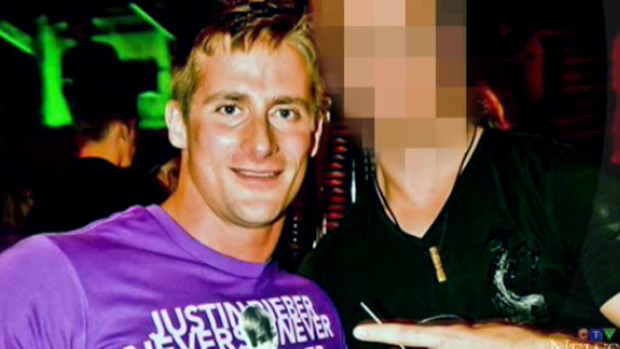 Keith White is shown in a photo from Facebook.

Friends of Keith White, a London, Ont. man who drowned in Lake Ontario in June, are planning a “celebration of life” to remember their lost friend.

“He loved to live life and I think that’s what he wanted for everyone else too,” said Kelsey Roloson, White’s friend and one of the organizers the Aug. 14 memorial.

Roloson, who met White through her boyfriend, says his friends have taken over organizing the memorial in order to take some of the pressure off White’s family, who is experiencing “overwhelming grief” as a result of his death.

White’s friends have also set up a Racer Roster fundraiser page, in hopes that it will help cover some of the costs of the memorial.

White’s body was found in the Humber Bay area on July 1.

The 34-year-old lifeguard was on an evening lake cruise with a group of friends on June 13, when he fell from the boat into the water.

White’s girlfriend told CTV Toronto that the experienced lifeguard was "goofing around" when he toppled over the boat’s railing.

White fell off the Northern Spirit I cruise boat as it passed through the Humber Bay area. Witnesses saw him in the water, waving his hands and asking for help, but White’s girlfriend said she lost sight of him after 10 minutes.

By the time the boat turned around he had disappeared.

‘Everyone is dealing in their own way’

Since his death, White’s friends and family have come together to support each other.

“Everyone is dealing in their own way,” Roloson said. “It's been amazing to watch everyone come together and share memories, share photos and videos.”

White, Roloson said, will be remembered as a happy and selfless person.

“Keith would go out of his way for anyone,” Roloson said. “He would do anything to put a smile on your face.”

White’s parents have also organized a memorial service in Corunna, Ont. on Aug. 13.