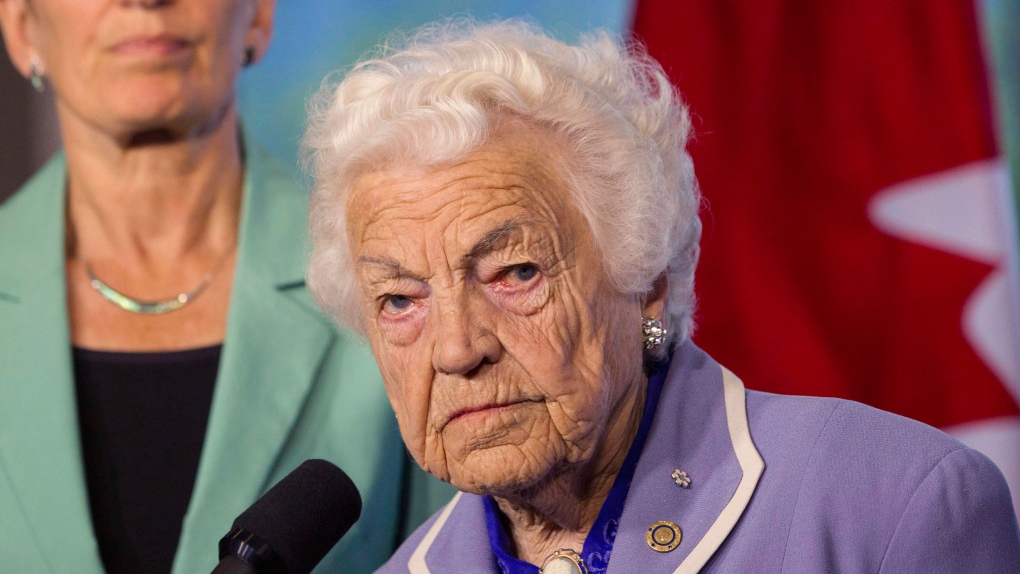 Then Mississauga mayor Hazel McCallion addresses the media in Mississauga on Wednesday, May 14, 2014. (Chris Young / THE CANADIAN PRESS)

At the age of 94, Hazel McCallion -- one of Canada's longest serving mayors -- is embarking on a new career.

She has taken a job at the University of Toronto after leading the city of Mississauga, Ont., for 36 years.

She retired from political office in November and is now a special adviser to the president of the university's Mississauga division on matters related to the strategic development of the school.

The university says her appointment, which runs for a year, began earlier this month.

McCallion will also be helping to create new courses and will work with the Mississauga campus' Institute for Management and Innovation to develop a master's degree in urban innovation and development.

The university says she will also contribute to a non-credit training course for those who want to enter public service and will be a guest lecturer on occasion.

McCallion said she was pleased at the opportunity to work at the university.

"I believe strongly in the importance of both education and innovation for the future of Mississauga," McCallion said in a statement.

"I have always felt so welcomed when I am at the university, and I am honoured to continue our long relationship and to contribute to education in Mississauga."

McCallion -- nicknamed "Hurricane Hazel" -- was first elected mayor of Mississauga in 1978 and won her 12th term in 2010. Shortly after that win, she announced her plan to retire following the completion of her term.

Under her leadership, Mississauga became the third-largest city in Ontario and the sixth largest in Canada.