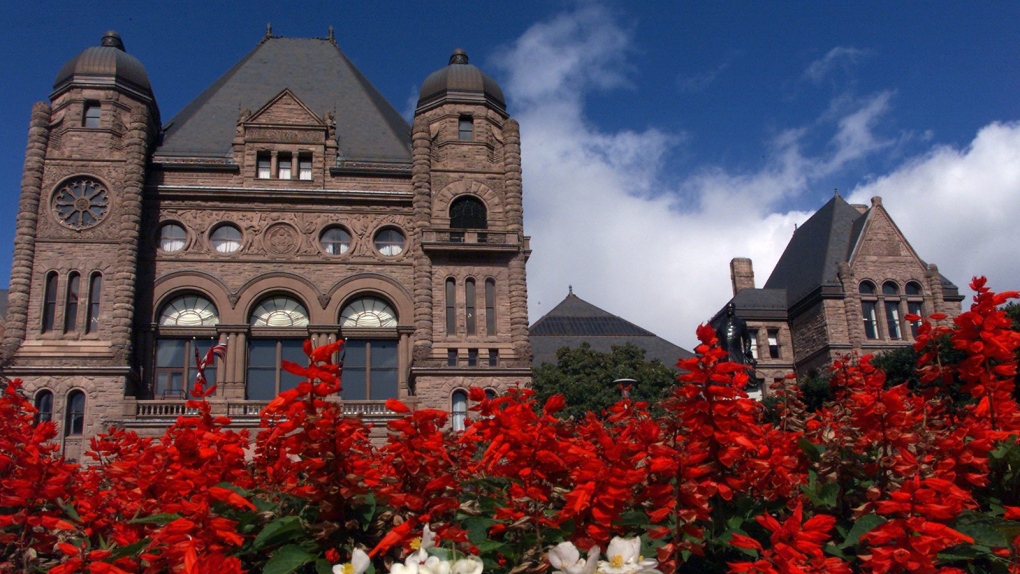 A tunnel under the Legislative Assembly of Ontario is said to be haunted. (Frank Gunn / THE CANADIAN PRESS)

A city like Toronto has its share of ghost stories, as residents of the city can see for themselves over the weekend.

Some of the city's 'supernatural' secrets will be spilled during Doors Open Toronto, an annual event that grants public access to dozens of buildings.

This year's event is centred around a theme of exposing Toronto's secrets and spirits.

"We were approached [by the city] about doing a tour through this program," Rowena Brook told CTVNews.ca.

Brook is a tour manager at Haunted Walk of Toronto, a company that gives tourists a glimpse into the darker history of the city.

Haunted Walk helped the city produce 19 stories about some of the spookier buildings included in Doors Open Toronto.

"A lot of them, the history is already there. A few of them are fairly well known spots that are thought to be haunted," Brook said.

Fort York is said to house angry American spirits from the War of 1812: Nearly 200 soldiers were killed in the Battle of York.

The upper floor of St. Lawrence Market collapsed during a temporary City Hall meeting in 1834, sending attendees plunging to the market stalls below.

Gibraltar Point, home to the oldest lighthouse on the Great Lakes, is said to be haunted by the original lighthouse keeper who was murdered in the 1800s.

Even Queen's Park is rumoured to be haunted.

"One of the stories has to do with a tunnel that runs underneath the building. It's essentially a way to get across to the Whitney Block across the street, but there's stories that there's a woman that's been seen hanging from a hook in the tunnel," Brook said.

And politicians aren't immune to the ghost stories either. "We've heard that some people who work at the Legislative Assembly prefer not to use the tunnel."

For anyone hoping to do their own ghostbusting, the Doors Open Toronto website has a full list of the haunted buildings open to the public this weekend.

More than 150 buildings are open for this year's Doors Open Toronto, which takes place May 24 and 25.