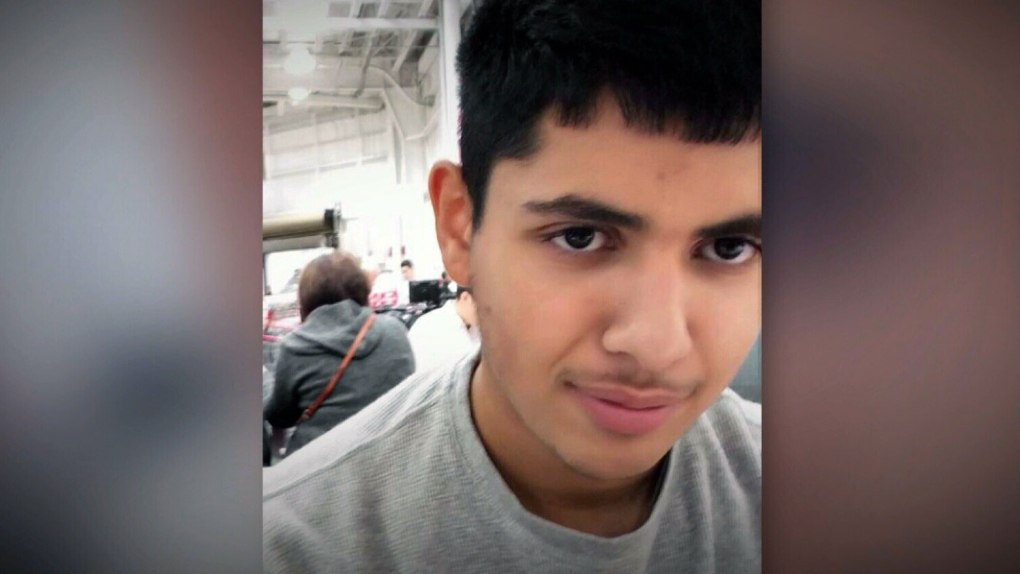 Two Hamilton paramedics who treated a fatally wounded teen as though he had suffered a minor injury will serve an 18-month sentence in the community.

Ontario Superior Court Justice Harrison Arrell handed out his sentence today in the case of Christopher Marchant and Steven Snively, who were found guilty last year of failing to provide the necessaries of life to Yosif Al-Hasnawi.

Prosecutors alleged that the pair approached Al-Hasnawi on the night of Dec. 2, 2017 with the "preconceived notion" he had only a superficial injury from a BB or pellet gun.

But the 19-year-old had in fact been shot with a handgun, and died in hospital about an hour later.

In his ruling today, Arrell says that while the paramedics' moral blameworthiness is "significant" because they did not follow their training, the pair did not cause Yosif's injuries or intend to treat him negligently.

Marchant and Snively must spend the first six months of their sentence at home except for medical care and other approved appointments, and will have a curfew for the remaining 12 months.

They must also perform 150 hours of community service in the last year of their sentence.

This report by The Canadian Press was first published Jan. 18, 2022.

Prince Charles and Camilla, the Duchess of Cornwall, have arrived in St. John's, N.L., to begin a three-day Canadian tour that includes stops in Ottawa and the Northwest Territories.

Conservative Party leadership candidate Pierre Poilievre has a personal financial interest in cryptocurrencies that he has promoted during his campaign as a hedge against inflation.

A day after Maple Leafs star Mitch Marner was robbed of his Range Rover at gunpoint outside an Etobicoke movie theatre, Toronto police said they have already seen more carjackings so far this year than they did in all of 2021.

The Green Party of Canada is calling on the federal government to develop a targeted anti-transgender hate strategy, citing a 'rising tide of hate' both in Canada and abroad. Amita Kuttner, who is Canada's first transgender federal party leader, made the call during a press conference on Parliament Hill on Tuesday.

International arrivals at Canadian airports are so backed up, people are being kept on planes for over an hour after they land because there isn't physically enough space to hold the lineups of travellers, says the Canadian Airports Council.

Many Canadians feel gun violence getting worse in their communities: poll

Many Canadians say gun violence is increasing in the communities they live in, with residents in major cities and the country's largest provinces mostly reporting such views, according to a new survey from the Angus Reid Institute.

U.S. authorities on Monday announced the discovery of a major drug smuggling tunnel -- running about the length of a six football fields -- from Mexico to a warehouse in an industrial area in the U.S.

Indian couple sue only son for not giving them grandchildren

A couple in India are suing their son and daughter-in-law -- for not giving them grandchildren after six years of marriage.