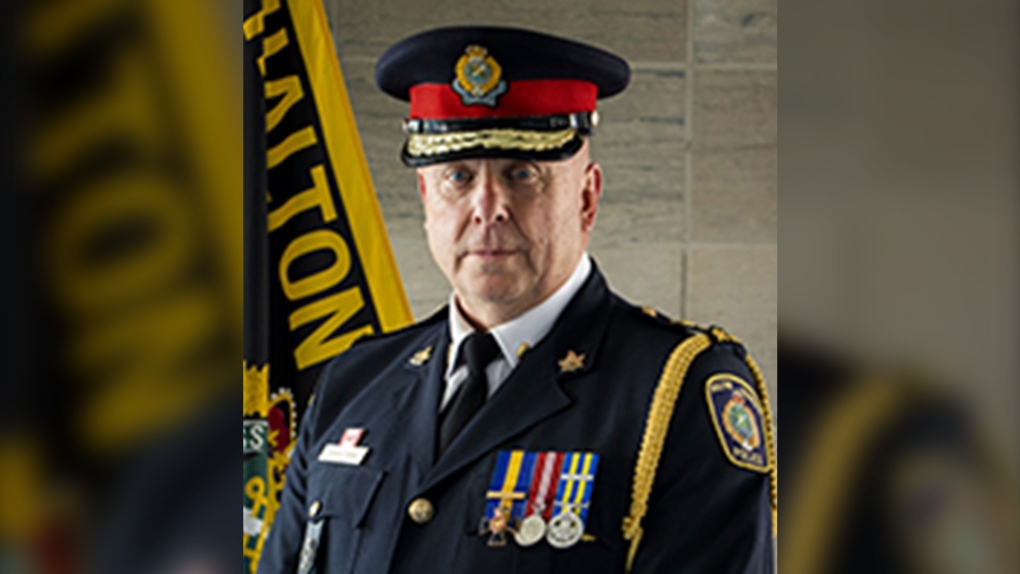 TORONTO -- The Halton police board will not take any disciplinary action against Chief Steve Tanner over his decision to travel to Florida over the holidays.

Tanner had said that he sought the approval of Oakville mayor and police board chair Rob Burton before travelling south to attend to a “property matter” on Boxing Day.

But Burton resigned as chair of the board on Jan. 11 as criticism of the trip grew, noting that he was “deeply regretful” for his decision to authorize it.

The board met for a total of 15 hours over the course of Friday and Saturday to discuss the matter further but were unable to come to a resolution. They then reconvened on Thursday for what was their third special meeting in the last week.

In a statement issued in the wake of that closed-door meeting, the board expressed its “full and unequivocal confidence” in Tanner and confirmed that they will not be taking “any further action.”

“The board expresses its disappointment in both the former Chair, Mayor Rob Burton, for granting permission to Chief Tanner to travel to the United States, for not obtaining the consent of, nor notifying, the board and in Chief Tanner for his decision to ask for permission and for travelling to the United States during the COVID-19 pandemic notwithstanding his property-related issues in Florida,” the statement reads. “The board accepts Chief Tanner’s apology for his decision to travel and will take no further action.”

Tanner has previously said that travelling in light of the ongoing COVID-19 situation was a “poor decision” but he told CP24 earlier this month that he took the trip “for essential reasons” and vowed to remain on the job.

In a statement issued after the board’s decision was announced, Tanner said that he continues to regret his decision to travel and has already apologized to both the public and members of the Halton Regional Police Service.

“Regardless of the personal property related reasons for which I travelled recently, or the permission that I sought and obtained for that travel, I am remorseful for that decision,” he said. “I also regret the impact this has had on Mayor Burton who has stepped down from the Halton Police Board as a result of his decision to support my travel.

Several politicians and public officials, including former Ontario finance minister Rod Phillips and the president and CEO of St. Joseph’s Health System, have already been forced to resign after it came to light that they travelled outside the country amid a global pandemic.

The Halton Regional Police Association did not call for Tanner’s resignation, though president Clay Gillis had said that some members told him that they believed it was necessary.

In its statement, the board said that it has committed to reviewing its policies related to “vacations, leave, continuity of leadership and the pandemic, and international travel guidelines” in the wake of the controversy.