Half of Ontario hospitals are in poor state of repair, accountability office says 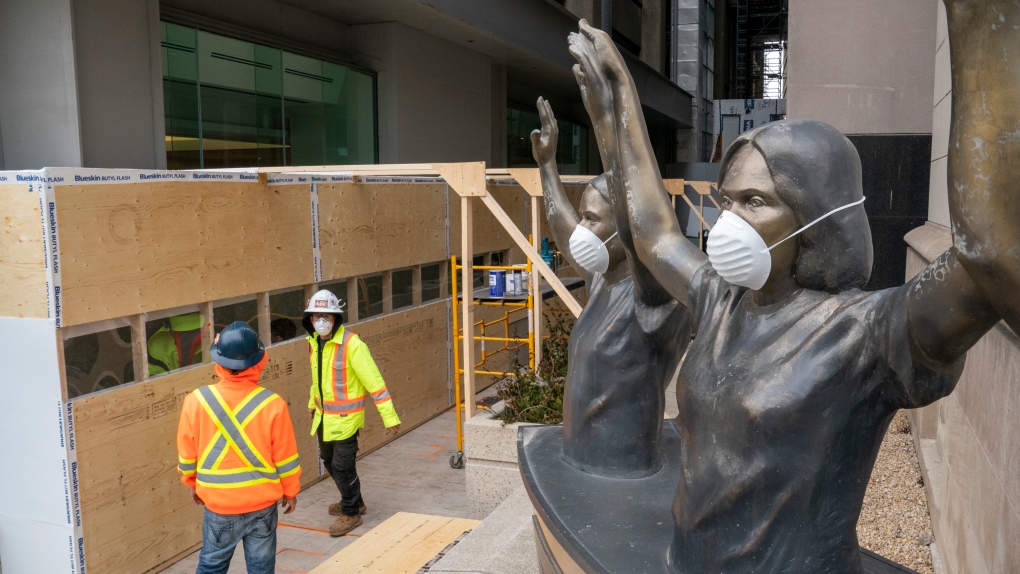 TORONTO -- TORONTO - Almost half of Ontario's hospitals are in poor repair, a situation far worse than for the provinces roads, bridges and other infrastructure, the Financial Accountability Office reported on Thursday.

In all, the report estimates the province owns infrastructure worth about a quarter of a trillion dollars with about one third in bad shape.

“Keeping assets in a state of good repair helps to maximize the benefits of public infrastructure in a cost-effective manner,” the report states.

The office pegs the cost of needed repairs at $64.5 billion over the next decade - roughly $6.5 billion a year. The figure includes taking five years to address the current repair backlog, then doing the necessary maintenance over the following five years to keep infrastructure up to snuff.

However, according to the report, the province only set aside $47.7 billion for capital repairs over the coming decade in its 2019 budget.

“As a result, the 2019 budget's capital plan will not adequately address the province's infrastructure backlog over the next 10 years,” the office said in a statement.

In all, the province owns or controls about $265 billion worth of transit, highways, bridges, hospitals, schools, colleges, government offices, correctional facilities and courthouses. Upkeep, however, has lagged, creating an increasingly costly backlog of repair work.

The backlog, the office said, is pegged at about $16.8 billion this fiscal year. However, expecting a quick fix is unrealistic due to “capacity constraints and the development time required for complex infrastructure projects.”

The report finds that hospitals - under increasing stress because of the COVID-19 pandemic - have fallen further behind relative to other sectors. In total, the province owns 913 buildings with an average age of about 47 years old as well as machinery and equipment such as imaging machines, ventilators and incubators.

“Hospital sector assets represent the largest share of the infrastructure backlog at $4.8 billion, followed by transit ($4.0 billion) and schools ($3.7 billion),” it said.

Premier Doug Ford said the province does what it can to support hospitals and rejected suggestions his government was underfunding them.

“That's just not accurate. We're putting more money into health care, more money into building new hospitals than any government in the history of this country, bar none,” Ford said. “So maybe we should sit down, have a chat with the person who put this report together, and give them the facts.”

“Ontarians deserve great, modern hospitals - not crumbling facilities, and a government that ignored them,” Gelinas said.

In a statement, the government said it was giving $175 million to hospitals this year for urgent infrastructure issues, including roofs, windows, security systems, backup generators and fire alarms. It was also helping them make needed changes in light of the pandemic.

The report also found highways and bridges are faring the best when it comes to the repair backlog. Transit, on the other hand, is struggling.

“Highways and bridges are projected to be the only sector with sufficient funding over the next 10 years,” the report finds. “All other sectors have been allocated inadequate funding, with the most significant shortfall occurring in the transit sector, with a $7.2 billion funding gap.”

Key functions of the independent accountability office are to analyze the province's finances and keep an eye on trends in the economy.

This report by The Canadian Press was first published Nov. 26, 2020.