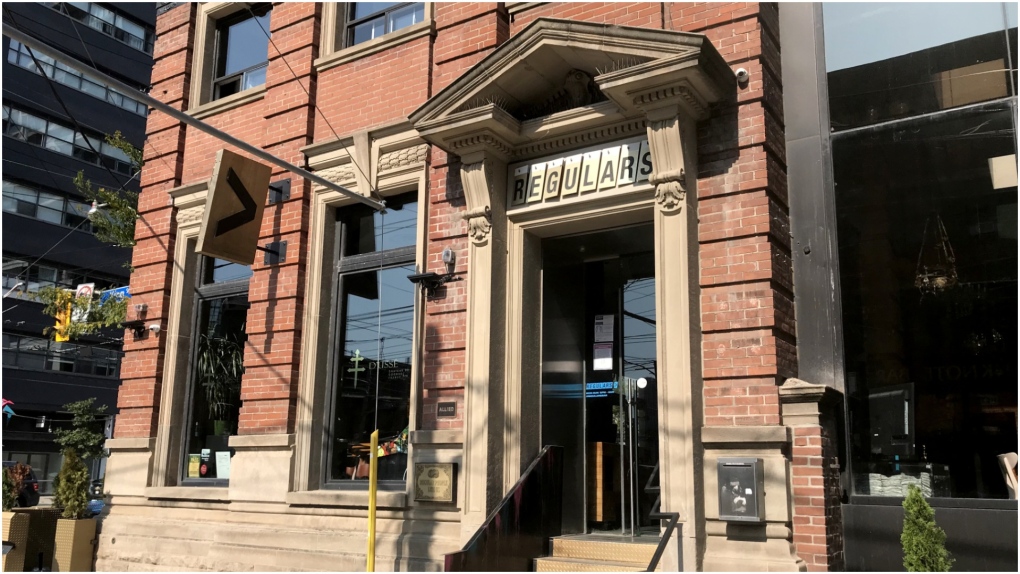 Guests of a bar in downtown Toronto are being asked to monitor for COVID-19 symptoms after three employees tested positive for the disease. (CTV News Toronto)

In a news release issued on Sunday, TPH said those who attended Regulars Bar, located on King Street West near Bathurst Street, between Sept. 13 and Sept. 22 may be affected and should monitor for symptoms for 14 days following their visit “as a precaution.”

“TPH has followed up with all known close contacts,” the news release reads. “The close contacts have been asked to self-isolate for 14 days and to go for testing.”

TPH estimates that some 600 people may have visited the establishment during this time period.

If you visited the bar between Sept.13 and Sept. 22 and have not been contacted by health officials, TPH says that you are not identified as a close contact of the confirmed case and are viewed as low risk.

However, if symptoms do develop, TPH is asking those affected to contact them directly, seek testing and immediately self-isolate.

TPH said that Regulars Bar has worked cooperatively with the agency throughout the investigation and thanked the establishment for helping to reduce the spread of the virus.

In an interview with CP24, Nader Marzouk, the owner of Regulars, said they have been in constant communication with TPH, sifting through hours of video footage and tracking any potential touch point.

"We're happy to say that it was actually very minimal, precisely because all of our staff's special attention to all of our protocols and specifications," Marzouk said.

He said that his employees who are exhibiting mild symptoms are at home resting to recover from the illness.

Marzouk said he is impressed with the thorough investigation done by TPH in a short period to ensure that all close contacts of the cases were notified.

"We do what we can to give them all the tools for these professionals to do their job and to come up with a correct assessment," Marzouk said.

Apart from deep cleaning the venue, he said they have also put antiviral films on all touch points to make sure that the space isn't conducive to viral spread.

Marzouk said the COVID-19 protocols they have put in place is the main reason why the cases were contained to three people.

"We have a policy of cooperation and transparency from the start all the way to the end. It's our responsibility, not just our guests, but also to our staff, so that they feel comfortable coming into work day in and day out knowing that we're not really out here to hide anything. We want to do the responsible thing, always," he said.

Some four kilometres from Regulars Bar, another restaurant on King Street has also reported a confirmed case of COVID-19 and has decided to temporarily close as a result.

In an email obtained by CTV News Toronto, Reyna on King, located just east of Parliament Street, said one of its team members tested positive for the disease.

Restaurant management said that the staff member last worked at the location on Sept. 23 and is currently self-isolating. 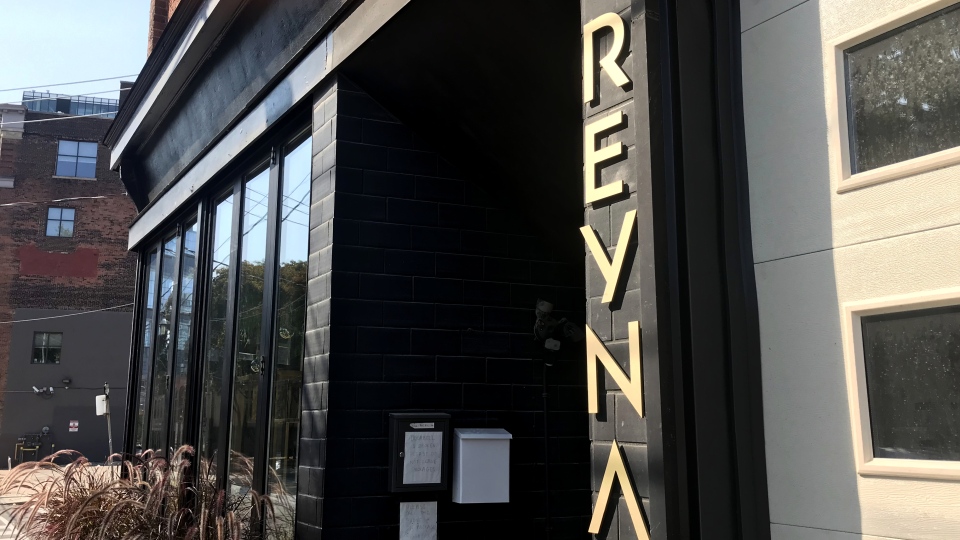 “We believe that in these difficult times transparency is key,” the restaurant said in the email. “Therefore we want to keep our clientele informed on the actions we are taking now and moving forward.

The restaurant said it has decided to temporarily close its doors while the business is professionally sanitized and deep cleaned.

Management also said that any team member who came into contact with the infected employee is now self-isolating and will only be allowed to return to work once a negative COVID-19 test result is provided.

Contact tracing details for the week of Sept. 22 have been shared with Public Health Canada, according to the restaurant, who will direct them on which guests need to be informed about possible exposure.