Brent Ross, spokesperson for the Solicitor General’s Office, confirmed to CTV News Toronto that residents from Cat Lake First Nation left their homes to escape the fires and are currently being hosted in Mississauga and Peel Region.

Ross said more evacuees are expected to arrive later today, but he could not speculate on the number of incoming travellers due to the “fluid nature” of firefighting efforts.

“The ministry would like to thank Peel Region and the City of Mississauga as well as the many community organizations for assisting the evacuees during this difficult time,” Ross said in a statement to CTV News Toronto.

Evacuation efforts have prioritized vulnerable populations, including those who would be most impacted by the safety concerns associated with wildfire smoke, Ross said. 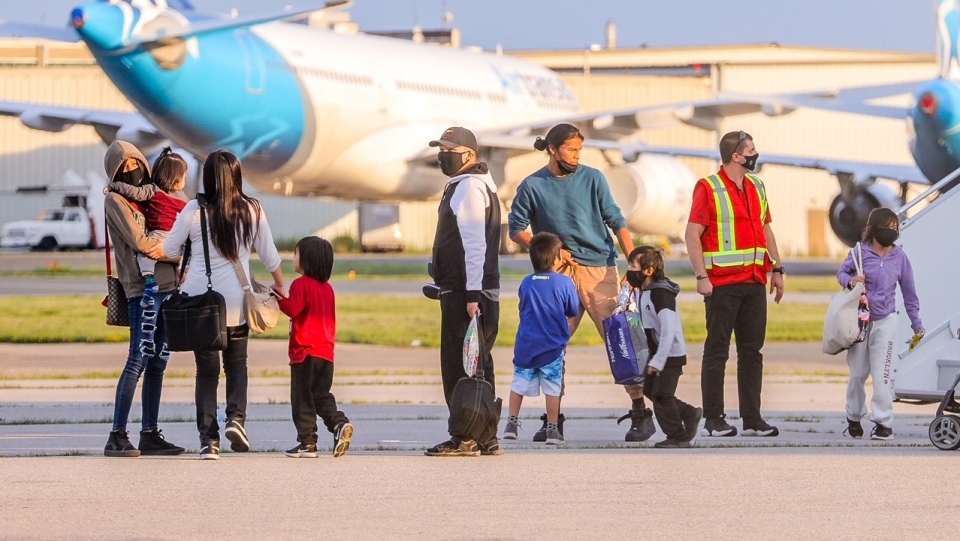 The Solicitor General’s Office says the province will continue to work with First Nation communities, municipalities, the federal government and the NGO sector to ensure anyone impacted by the wildfires is protected.