TORONTO -- Ballet star Greta Hodgkinson has brought some of the most memorable female roles to life with her crisp technique and dramatic flair, and now she’s preparing to bow out of her decades-long career.

Hodgkinson came to Canada from Rhode Island as a child and enrolled in Canada's National Ballet School in Toronto. She eventually joined the National Ballet of Canada when she was just 16 years old, and became a principal dancer in 1996.

Through the years, she has performed virtually every female lead, including romantic ballet lead Giselle, which she calls one of her favourite roles.

“You’re dancing, incredible dancing, but it’s also incredibly difficult – the acting and the character and the role. You have to transform from a little girl to a ‘spirit.’ She goes mad in the first act. I mean there’s a lot of drama,” she told CTV News Toronto. 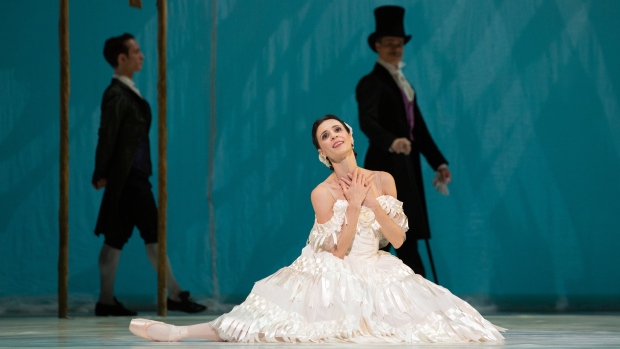 She said the drama will continue right to the end of her career with her final role in Marguerite and Armand. It’s a one-act ballet that she specifically requested that the company acquire for her farewell.

“It’s based on the story of La Traviata and so there’s a fair amount of romance and it’s also got drama,” she said. “It’s quite tragic in the end, but it’s just such a wonderful character for me to sink my teeth into.”

Marguerite and Armand is part of a mixed program which runs from Feb. 29 to March 7, which will be Hodgkinson’s final performance with the company.

She said her daily interactions with the other dancers and staff will be what she will miss most.

“After 30 years, it’s become so much a part of me so I think it will be a difficult adjustment,” she said.

However, she won’t be disappearing off stage entirely.

Hodgkinson has a few performances lined up through April and into the summer with independent dance projects.