TORONTO -- Less than 24 hours before her flight, a 30-year-old woman, who was brought to Toronto as a little girl, has had her deportation to France suspended after Canada’s immigration minister intervened.

Laura Emmanuelle Souchet, a samba dancer who now owns her own cleaning business, was scheduled to be deported Saturday after the Canada Border Services Agency learned she had been living in Canada without immigration status since she was a young girl.

On Friday, a judge was supposed to make a last-minute decision on whether to suspend her deportation, but Souchet was granted a temporary resident permit by Marco Mendicino, the minister of Immigration, Refugees and Citizenship Canada.

A TRP is a document that authorizes a person who is inadmissible or does not meet the requirements to be a refugee or a permanent resident to enter or remain in Canada.

"I have my freedom back, I feel like the bricks are lifted off my shoulders and I’m free,” Souchet told CTV News Toronto Friday afternoon. “My wish as a child every birthday since I was 12 to become Canadian, we’re not there yet, but we still get a chance to do that."

Souchet’s lawyer Graciela Flores Méndez said she is thrilled that the minister has intervened, and that it's only fair for someone like Souchet, who "came into this country as a child and made it her home." 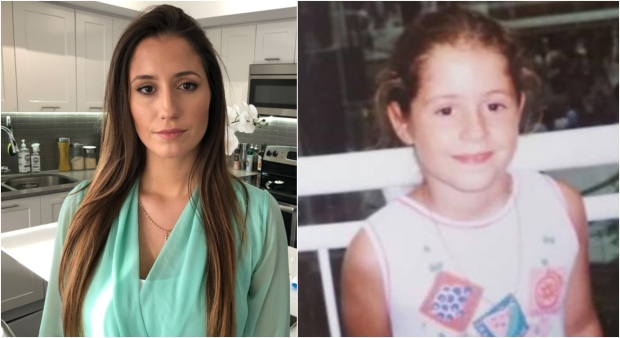 “We stand firm in our belief that Canada needs to create a policy or law that provides a path to regularization for children who were brought into this country and have subsequently not only established roots in Canada, but have contributed to our society as a whole," Méndez said.

Souchet said that she came to Canada with her mother at the age of 12 to take care of her grandmother, who suffered a severe stroke.

On the advice of an immigration consultant, Souchet said her family applied as refugees in order to stay in Canada, something that puzzled Souchet as a young girl seeing as France was a safe country.

But the family trusted the consultant to know the Canadian system better than they did, and they handed over their payment, Souchet said. When the application was rejected and a deportation order was issued, the consultant advised them to go under the federal government's radar and wait for amnesty.

“I was hoping [it would work out], but I realized she was feeding me a dream that wasn’t a reality,” Souchet said on Thursday. “She was charming and convincing as if she had our best interest at heart … I was later told that she’s known for doing this kind of stuff.”

For 18 years since then, Souchet said she has lived in fear, scared that at any moment officers with the Canada Border Services Agency would come to her home, and tear her away from her friends and the life she built here in Canada.

She said that even in situations when she has felt afraid for her safety, she has not contacted police due to her fear. 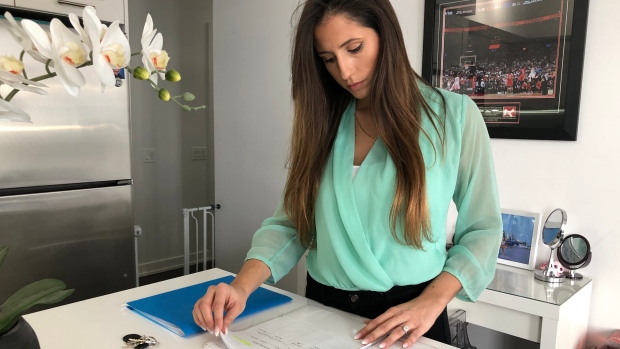 “It was like living with a ton of bricks on your shoulder for 18 years,” she said.

This past November, she decided that she needed to find help. She contacted Mendez, who took up her case and helped her apply for permanent residency on humanitarian and compassionate grounds.

Her application listed her address, and she said that last week officers with CBSA came to her home, detained her for two days and then on Wednesday gave her a deportation order.

She walked into the court house Friday morning surrounded by friends and supporters, and told reporters she hoped the judge would let her stay until her case has been heard.

Méndez said their aim Friday morning was to suspend her deportation until a decision was made on her application.

She said the minister’s intervention means that the deportation and court case today is now “moot” and Souchet is permitted to remain in the country.

A spokesperson with Immigration, Refugees and Citizenship Canada told CTV News Toronto that the permit is valid for two years.

"This should provide enough time for Ms. Souchet’s humanitarian and compassionate grounds application to be processed," spokesperson Nancy Caron said.

Souchet completed public school in Toronto, but when she was accepted into university, she was unable to attend because she did not have a SIN card and other ID necessary to study at the institution.

She said at the age of 18, she started a cleaning business and paid taxes to the Canadian government using an individual tax number, which allows non-residents to contribute to the Canada Revenue Agency. 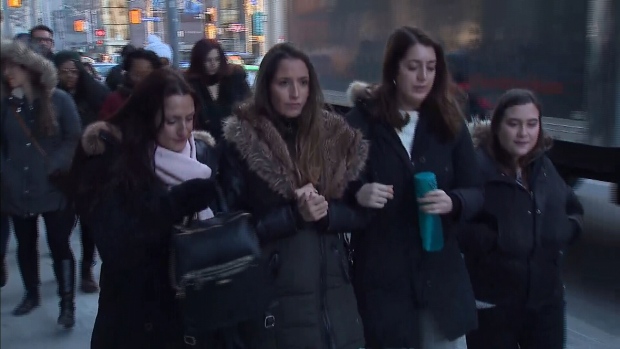 “I wanted to do the right thing, I wanted to give back,” Souchet said. “My only dream ever since I was a child, my only wish was to become a Canadian citizen, who I am as a person is Canadian.”

She said resettling in France would be very difficult because of her lack of formal French education and employment experience there.

With the TRP, Souchet will be able to apply for a study and work permit and have some health services.

“I can go to school, work [anywhere], I can drive a car. I can do everything I’ve wanted to do in my life,” she said. "There’s no limit to what I can do."

She said images of the immigration consultant still haunt her some days, the blond-haired woman sitting behind a desk. “It’s a memory I could never get out of my mind,” she said.