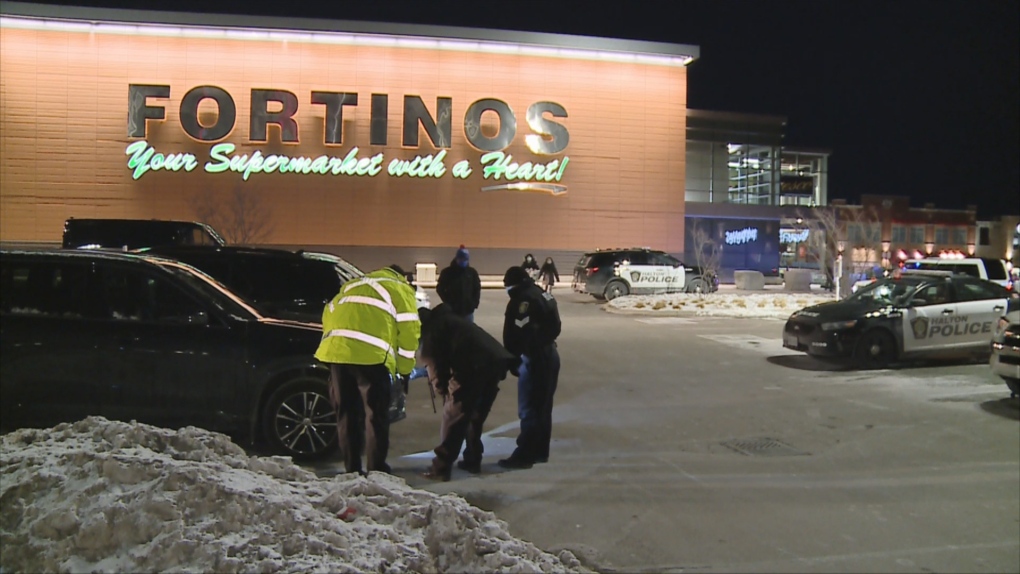 Police are investigating after a child was struck by a vehicle in a grocery store parking lot in Oakville. (CTV News/David Ritchie)

TORONTO -- A three-year-old child was injured after being struck by a vehicle in a grocery store parking lot in Oakville Sunday afternoon.

Halton police were called to the Fortinos store in the area of Neyagawa Boulevard and Dundas Street West just after 4:30 p.m.

Police said a 38-year-old woman was driving in the parking lot when a three-year-old girl ran out in front of the vehicle and was struck.

The child was transported to the hospital with serious injuries.

"Further assessments were conducted of the child at which point her medical status was updated to having suffered from minor injuries," police said.