Geese trying to cross DVP cause traffic delays, get escorted by police 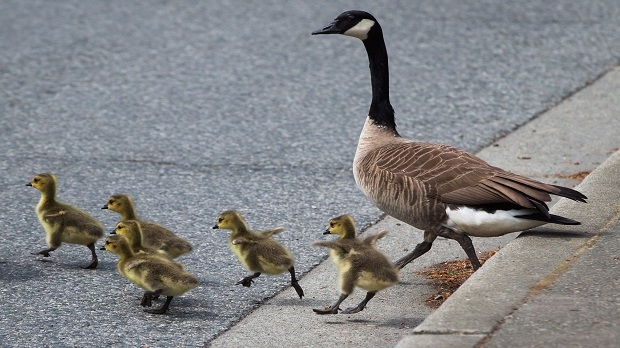 This file photo shows Canada geese goslings leap off a curb while crossing a road in May 2016. (THE CANADIAN PRESS/Darryl Dyck)

A group of geese caused delays on the northbound Don Valley Parkway on Saturday morning.

Toronto police said they received several reports before 10:30 a.m. that approximately 15 geese were wandering into traffic around Wynford Drive.

In a post on Twitter, police told drivers in the area that there were traffic delays and that they should be cautious.

Around 11:20 a.m., in another Twitter post, police said units on the scene were trying to help the geese get off the roads safely.