TORONTO -- One year ago today, the cards were dealt.

Nancy Gallacher and Lorne Orser met over a game of euchre and by the end of the day, they were living together.

Back on March 12, 2020, each were living in separate condo buildings that were joined by a parking lot in Whitby, Ont.

Gallacher decided that she wanted learn uchre at an afternoon gathering in her condo's party room. Orser was the instructor.

"Just something drew me to her chair,” Orser said.

Gallacher said when Orser came over to his chair it was “thrilling.”

“A chill went down my spine,” she said.

Within an hour, the lesson had ended, Gallacher did not want it to end there.

“Being a slow learner, invited him up to my unit for further lessons,” she says.

Orser agreed to the private lesson, thinking, "I'm a pretty cool cat I can handle that," he said.

In the middle of this budding romance, the pandemic hit.

Each received an e-mail from the property manager saying residents could no longer have visitors because of the COVID-19 pandemic.

Gallacher made an offer to Orser, saying, "Why should we be living alone when we could be living with one another?"

Orser moved in that day.

For the past year, they have been together, at a time when so many were alone, right up to getting being vaccinated together just two days ago.

"It's a blessing during a pandemic when we could be in separate units, separate condos all by ourselves,” Gallacher says.

Both Gallacher and Orser know what it's like to be alone. 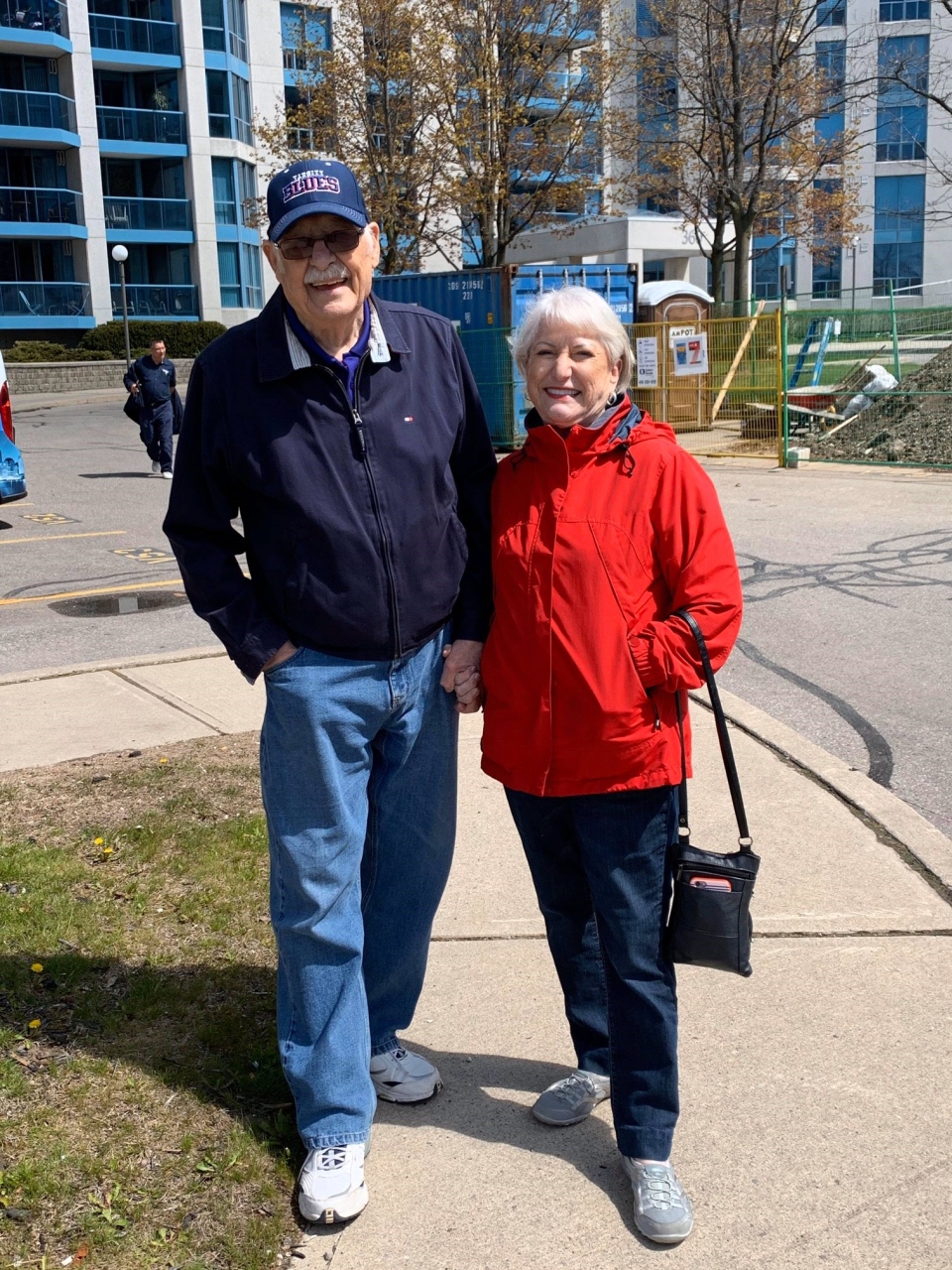 Each are widows, each losing a spouse over a decade earlier. They say both of their families are supportive.

Today, in a most unlikely year, they celebrate being together and they continue to play cards.

Gallacher says with a smile, "still learning, we've had other distractions."

Happy that they have been dealt a good hand.