Free menstrual products will soon be available in Mississauga facilities

Free menstrual products will soon be available in Mississauga facilities 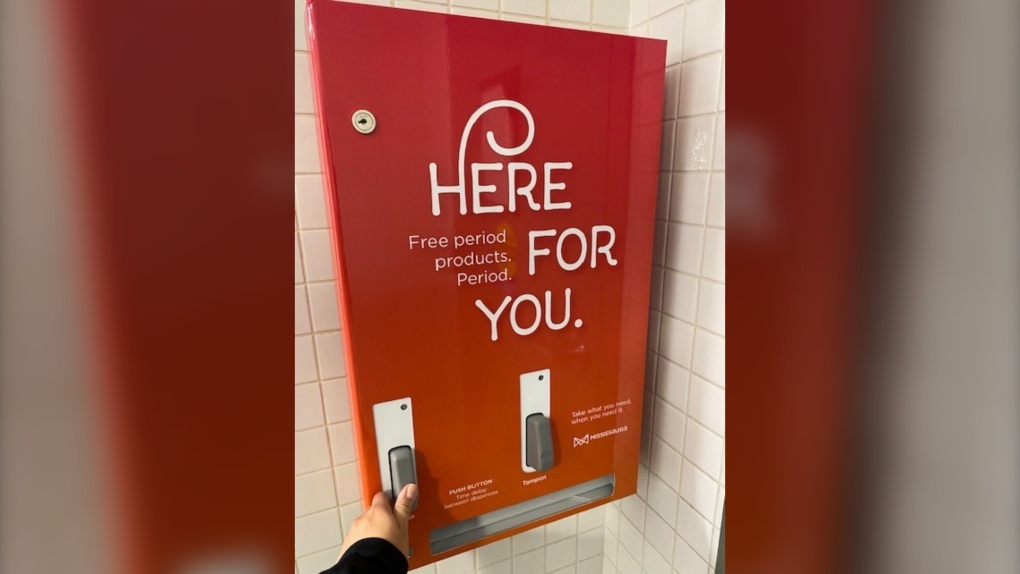 A menstrual product dispenser being used in Mississauga is seen in this undated photograph. (City of Mississauga)

There will soon be free menstrual products available in City of Mississauga facilities.

Officials made the announcement in a news release issued Tuesday, saying that menstrual products will be made available by the end of October in at least one universal and/or female washroom in every city-run facility.

“I’m so proud that Mississauga is offering free menstrual products at our City facilities,” Mayor Bonnie Crombie said in a statement. “No one should experience period poverty, regardless of their age or income. We are committed to removing these barriers, and providing free and easy access to those who need these supplies is the first step.”

Council approved the decision in an April meeting with the goal of having menstrual products available in 100 facilities by the fall of 2022 at a cost of about $165,000.

On Tuesday, the city confirmed they plan to have all dispensers installed by the end of October.

The city estimates that annual operating costs associated with the dispensers will be about $100,000.

The report considered by council makes reference to the fact that multiple other municipalities already have a similar program in place. In Toronto, menstrual products are provided for free at city-owned shelters, 24-hour respite sites and 24-hour drop-ins.

Last year, the Ontario government partnered with Shoppers Drug Mart to provide about six million sanitary pads to school boards across the province.

At the time, Education Minister Stephen Lecce said that menstrual products “are a necessity, not a luxury.”

“This agreement will help remove barriers for women and girls by allowing them to access products at school, free of charge. It is another important way that we are helping to build more inclusive schools that empower all girls to have the confidence to succeed.”

The program was funded for three years and the government said it would expand it to include other items such as tampons.