Frankie Tomatto's gives away 1,000 pizzas to thank customers for 25 years

MARKHAM -- Frankie Tomatto's in Markham threw a COVID-19 style pizza party to celebrate the end of era with the community.

After 25 years, the buffet-style restaurant is shutting its doors but wanted to mark the occasion with a thank you — and gave people who came in a vehicle Saturday a free pizza.

“It’s been sad, but it’s nice to come back for the final day to say goodbye,” said Emma Turton, who worked as server. “It’s kinda like another family that I have.“

“We used to come here all the time and eat, so I’ll feel very sad when it closes,” said 10-year-old Arjun Kekre who showed up with pictures from his past three birthdays at the restaurant. “Mostly I ate pizza and desserts.”

The popularity of the drive-thru giveaway brought afternoon traffic in the area to a crawl with many parking and going to the parking lot to take pictures with the restaurant’s iconic ‘Leaning Tower of Pisa’.

Frankie Tomatto’s was a place that was meant to be just as much about fun as food, but the pandemic has not been kind to buffets.

Under Stage 3 of Ontario’s reopening plan buffet-style food services are considered ‘high-risk’ and haven’t been deemed safe to open.

Founder and owner Hal Roback said the restaurant has lost about $500,000 since the start of the pandemic.

“Customers are not allowed to leave their seats, so it has to be service at the table, and that’s not Frankie’s,” he said. 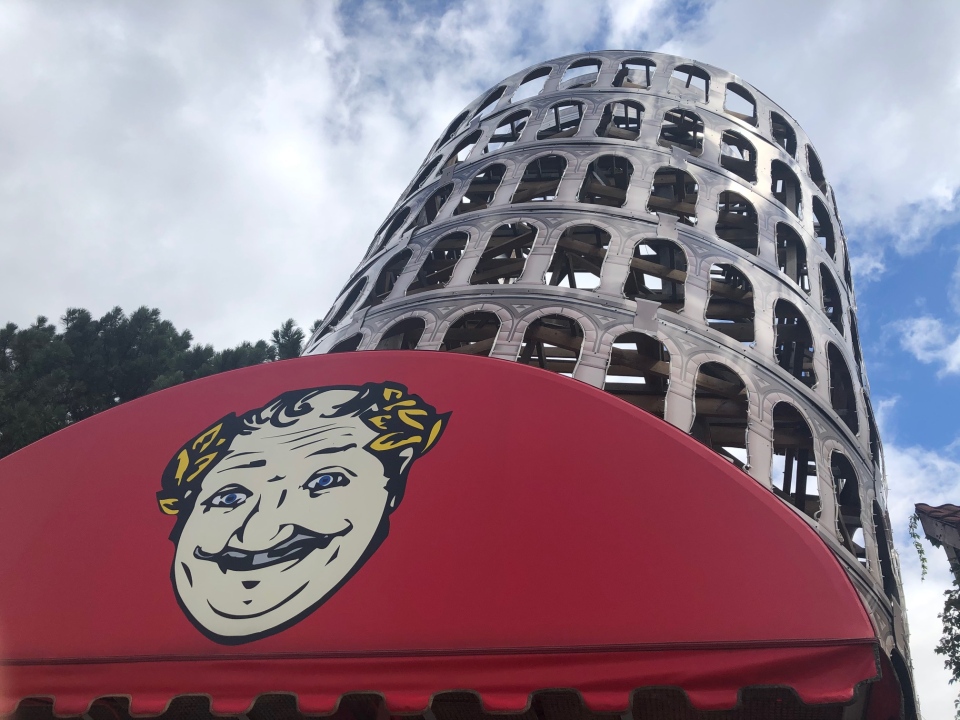 President Paul Dykeman said Frankie Tomatto’s served over 25 million over the years and was successful.

He said it has tried to figure out a to move forward with the buffet, but with a vaccine still a long way off and the fact that people’s psyches have been altered by the virus, the restaurant has struggled to see a viable option.

“We looked first to Las Vegas as their buffets started to reopen, tried to get an indication what their sales figures were like, what the feedback was like and it’s not very encouraging,” Dykeman said.

Frankie Tomatto’s also said it’s donating $1 dollar for every vehicle that dropped by to pick-up a pizza to Easter Seals.

In all about the restaurant counted about 1, 000 vehicles passing through. One pizza was handed over to each vehicle.

“I’m overwhelmed with the response from customers, the emails, the social media comments,” said Roback. “It’s been unexpected and very appreciated.”