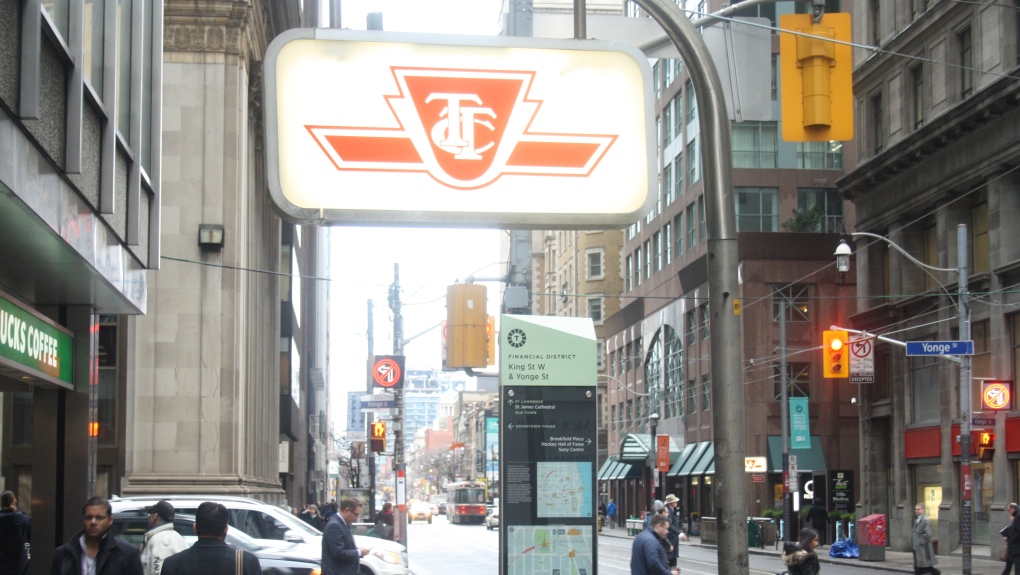 A TTC subway sign is shown in this file photo. (Chris Fox/CP24.com)

The employee was last at work on March 13, the TTC said, and began showing symptoms later that evening.

The TTC said the employee worked in bus maintenance at the Old Davenport building.

“It’s a technician position. This is not a front-line employee,” TTC spokesperson Stuart Green said. “The good news is he is recovering, he is at home, he is resting, we obviously wish him a speedy recovery.”

After a joint investigation with Toronto Public Health, the TTC said that the worker had “casual contact with a small number of colleagues, but that there is no increased risk of exposure to them.”

The news comes a few days after a Wheel Trans operator tested positive for COVD-19. The employee last worked on March 12 and began showing symptoms on March 17, the TTC said.

After consulting with Toronto Public Health, officials determined there was no increased risk of exposure to other employees or customers.