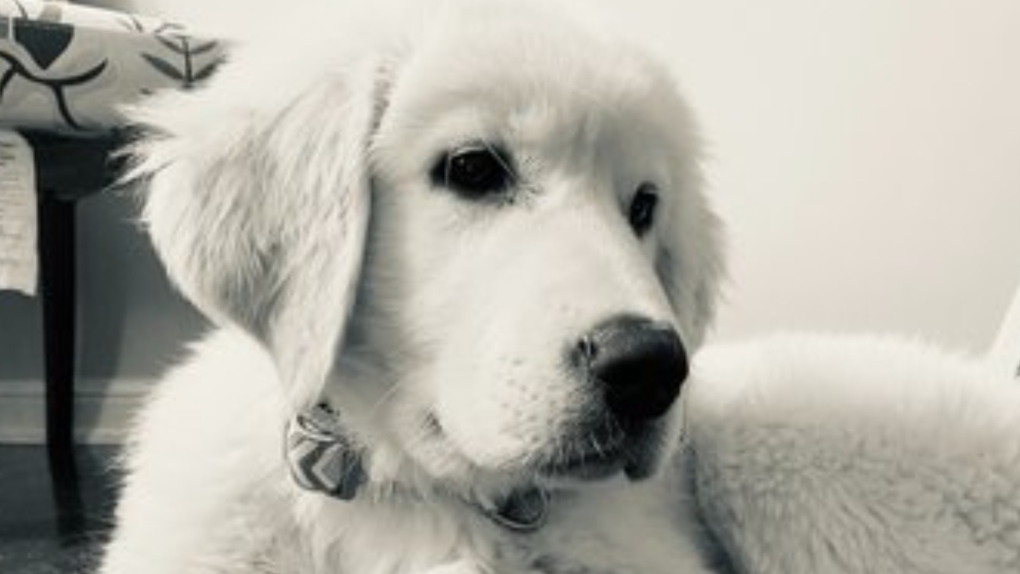 Hudson, a four-month-old puppy, is seen in this undated photo. (Halton Regional Police/Handout)

TORONTO -- A four-month-old puppy who was inside a pickup truck that had been stolen in Milton, Ont. last week has been reunited with its owner.

The theft occurred at a supermarket parking lot around 9 p.m. on Feb. 26. Police say a white Pyrenees puppy named Hudson was inside the vehicle when it was stolen.

On Tuesday, Halton Regional Police said that the puppy was returned to a family member of the victim on March 1 by an unknown person.

Hudson, police said, was left tied to the front porch around 7 p.m. Since then, the puppy has been reunited with its owner.

Police say they will continue to investigate the incident in order to determine who is responsible for the theft.