Torontonians have less than two weeks until they cast their ballot in the upcoming provincial election but what exactly are the top priorities for residents?

Some would say housing is the most significant item on the agenda as housing and rent prices surge and more supply is heavily in demand.

Others would argue that the health-care system needs the government’s full attention as workers in this field are overwhelmed two years into the COVID-19 pandemic.

Earlier this month, Toronto Mayor John Tory issued a letter to the party leaders of the Progressive Conservatives, Liberals, NDP and Greens, stating what he thinks the city’s main priorities are, which include housing, economic recovery, community safety, transit expansion, and mental health.

"Ongoing support from the Province, in partnership with the federal government, is critical to Toronto's continuing success. I am confident that Toronto will continue to be the driving engine of Ontario's economy and our economic recovery,” Tory said in the statement on May 12.

CP24.com took a closer look at some of the top priorities that are on Torontonians’ minds, speaking with public figures and advocates about what action provincial parties need to take to address them.

Deputy Mayor and Ward 9 Councillor Ana Bailão tells CP24 that housing is one of the most, if not the most, pressing issue facing Torontonians right now, specifically when it comes to supportive housing, affordable housing and the affordability of homes.

Bailão says if parties don’t commit to thoroughly addressing these issues they will be “jeopardizing the economic and social prosperity of this province.”

Toronto has a 10-year housing action plan which aims to create 40,000 affordable housing units by 2030, along with providing operating funding for supportive housing. 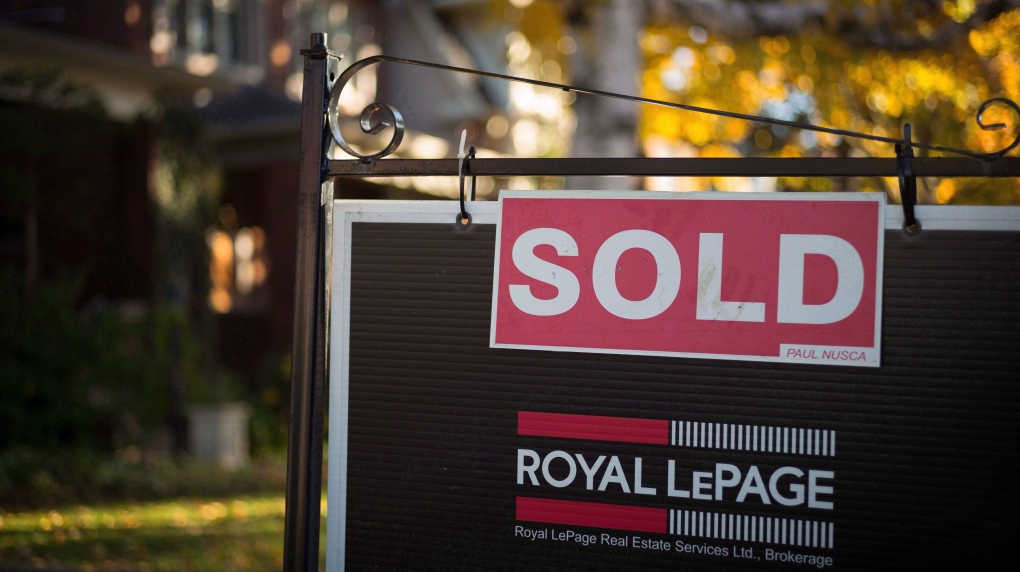 To date, Tory says the city has committed $7.1 billion to the strategy and requires an additional commitment of $7 billion from the province by 2030.

“We have a commitment to have 1,800 units a year and we've been able to produce a lot of units but it is imperative that we get the operating funds from the province. So just before the last day, before we entered the campaign, the provincial government committed to the operating funds for this year, but this needs to be continuing support,” Bailão said.

While housing is a key topic on all of the major provincial parties’ platforms, Bailão says they’re lacking in their commitment for supportive housing for vulnerable residents.

“I think that the support and the funding on the deeper affordable housing needs a bit more attention. We've heard a lot of actions and issues being talked about to deal with the market of affordability. I would like to see a little bit more focus and commitment as well on the supportive housing.”

As Torontonians continue to face housing woes, transit is another huge issue on the mind of many voters.

TTC service levels and affordability is an ongoing concern, which is especially prevalent since the transit agency has taken a massive blow to its revenue due to the COVID-19 pandemic.

“Before the pandemic the TTC relied mostly on transit-user fares to fund the cost of the operating budget, like running the buses, running the system. And we've never thought that was fair, but the pandemic really showed how unreliable and how broken that transit funding model is because there's been fewer riders taking transit during the pandemic, the TTC has faced huge budget shortfalls and we're not out of the woods yet,” TTCriders Executive Director Shelagh Pizey-Allen told CP24.

As residents cope with TTC challenges, issues and delays with transit construction remain a constant battle as well.

Construction is ongoing on the Eglinton Crosstown line and the Scarborough RT will be decommissioned next year, causing residents to rely on buses in the area until construction is complete on the Line 2 subway extension in approximately 2030. 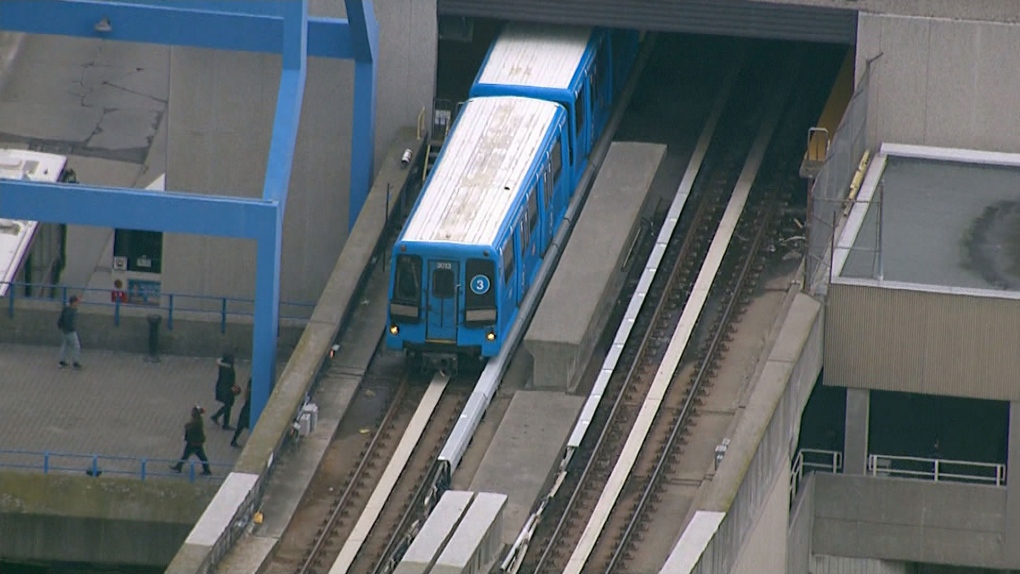 In March, the Ontario government made transit free for many GTHA customers connecting to and from GO Transit on a number of municipal transit systems, except in Toronto.

“That's something that the current government has announced for a number of municipalities outside of Toronto, but not for TTC and that would unlock access to all of the GO train stations in Scarborough,” she said.

It’s no surprise that healthcare is a key item of concern for many as the city’s healthcare system tries to recover from the blow it took during the height of the pandemic.

In his letters to party leaders, Mayor Tory called on them to commit to creating a more robust mental health-care system to address homelessness, substance use and the rise in opioid-related deaths. 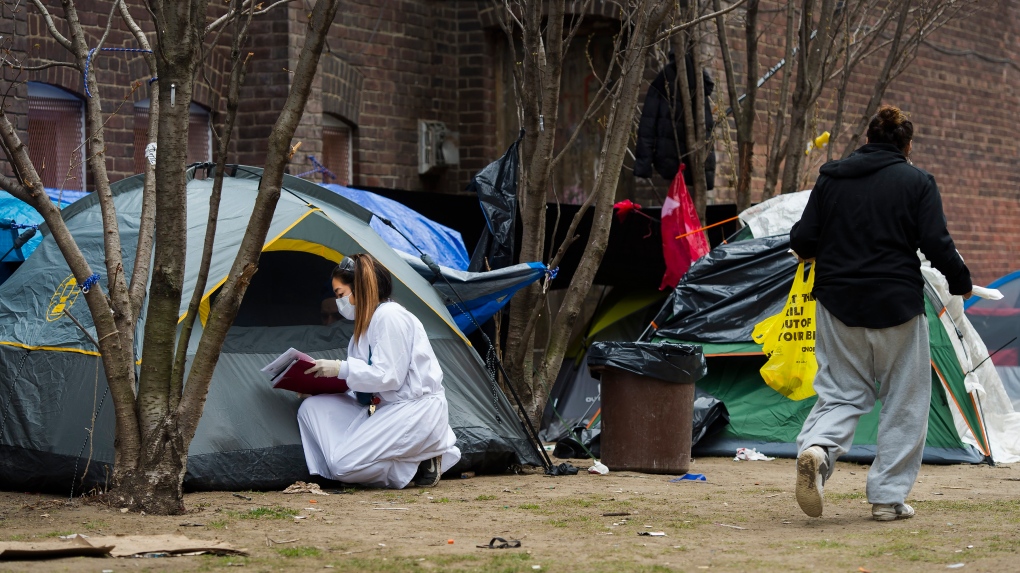 A worker from Sanctuary, a christian charitable organization, tends to homeless people in their tents during the COVID-19 pandemic in Toronto on Tuesday, April 28, 2020. THE CANADIAN PRESS/Nathan Denette

CEO of the Canadian Mental Health Association’s Toronto branch Michael Anhorn says parties are acknowledging that more mental health supports are needed and a commitment for more funding is necessary.

“Even if the size of the healthcare budget doesn't change, if we could get our fair share we could make transformative changes to the system,” he added.

Those changes include more income and structured activities for patients combined with the care of a psychiatrist, a pay raise for mental health support staff, collecting and reporting relevant data and preventative work to help people before they develop a diagnosable mental illness.

“Right now we're really struggling to respond to the most ill people and we're not able to do that preventative work of preventing serious illness. I think we'd be able to do that if we got the funding to be equitable for mental health and addictions,” Anhorn said.

After being forced to close at various points over the past two years, small businesses have suffered greatly throughout the pandemic and are surely hoping for the next government to support their recovery.

“We simply are looking to the government, especially to this election, to make some commitments to continue to support small business. You know, they're the biggest employers in the country, they're the engine that drives the local economies,” John Kiru, executive director of the Toronto Association of Business Improvement Areas, told CP24.

Heading into the election, Kiru says small businesses have a plethora of concerns that they want addressed, including property tax reform, access to affordable internet, a focus on tourism and more support for those experiencing homelessness.

“People are intimidated, unfortunately. When they walk the street and there are panhandlers, homeless individuals, etcetera. It's a challenge and as businesses start their recovery, in terms of activations and trying to engage people to come into town, as long as we have this sort of issue…it's something that needs to be addressed.” 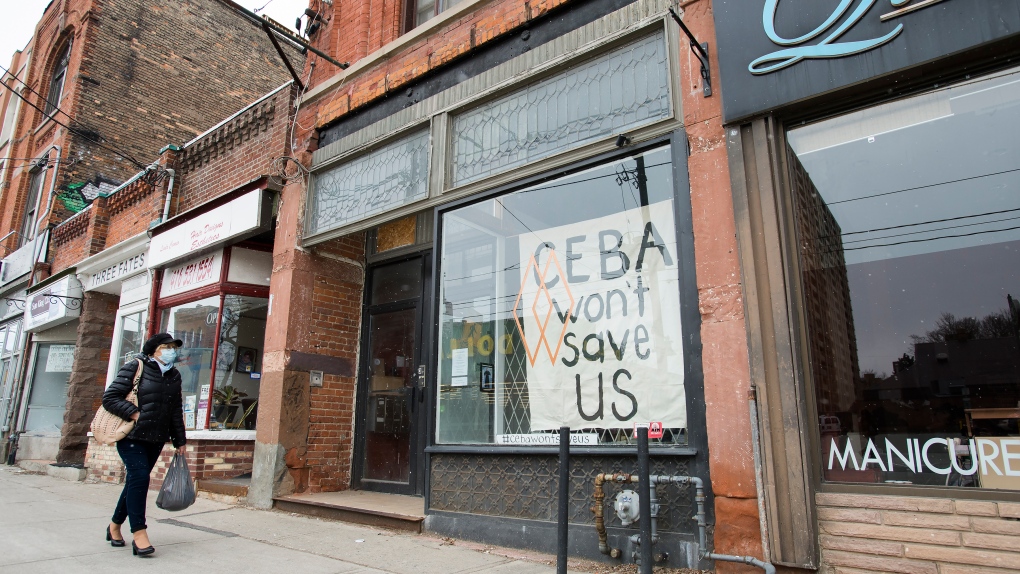 “We really do need a playbook that will indicate at what point certain things will happen,” Kiru told CP24.

“There's many businesses that are still open today because of some of the support programs that were out there. Others felt that they didn't get the support. And hence, we were seeing some of that fallout in terms of the vacancies, etcetera,” he added.

TORONTO AT A GLANCE

What happened in 2018 – The Liberals went into the last election holding a majority but faced a crushing defeat when the PCs won 76 seats and the Liberals won only seven.

Race to watch: Eglinton-Lawrence - PC Robin Martin took this longtime Liberal riding from Mike Colle by fewer than 1,000 votes in 2018. Prior to 2018, Colle had won five consecutive elections in the midtown Toronto riding. Community advocate Arlena Hebert will try to win the seat back for the Liberals this time around.

High profile candidates – Two Toronto councillors will be vying for a seat at Queen’s Park. Former Toronto councillor Krystyn Wong-Tam left council earlier this month to run as an NDP candidate for Toronto Centre. Michael Ford, nephew of Ontario PC Leader Doug Ford, is also running and seeking a win in York South-Weston. Ford is donating his Toronto City Council salary to local community-based organizations while he campaigns but is not taking a leave of absence.

The Ukrainian Canadian Congress wants Canada to up the pressure on Vladimir Putin's regime and lead a global charge to get Russia expelled from the G20.