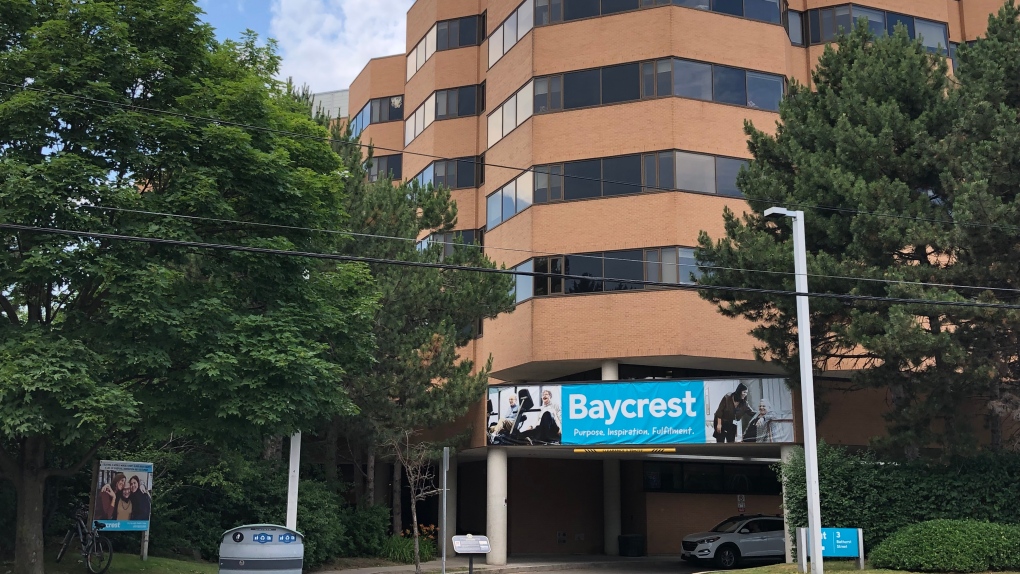 TORONTO -- Four cases of COVID-19 at a geriatric hospital in North York have screened positive for a COVID-19 variant.

Toronto Public Health issued a news release on Friday afternoon, confirming that the specimens from Baycrest Hospital did screen positive “for a mutation associated with variants of concern” and are now undergoing further testing.

They say that at least one of the cases has been reported positive for the B.1.1.7 variant that originated in the United Kingdom. That variant is believed to be at least 50 per cent more contagious.

“These cases are part of a current COVID-19 outbreak with 16 positive cases, of which 11 are in-patients and five are staff,” the release states. “TPH continues to work with Baycrest Hospital to reinforce IPAC measures to limit further spread of the virus.”

The cases at Baycrest Hospital come one day after the province released the results of a point of prevalence study which found that 5.5 per cent of all positive cases reported in the province on Jan. 20 were confirmed or highly likely to be either the UK B.1.1.7 or South African B.1.353 variants of concern.

The head of Ontario's COVID-19 Science Table has also said that the B.1.1.7 variant will become the dominant strain detected among positive cases by March.

In addition to the suspected variant cases at Baycrest Hospital, Toronto Public Health said that one other case has also screened positive for a variant of concern at Elm Grove Living Centre near Queen and Dufferin streets in recent days.

They say that the case “has no travel history and has not had contact with anyone who has travelled recently.”