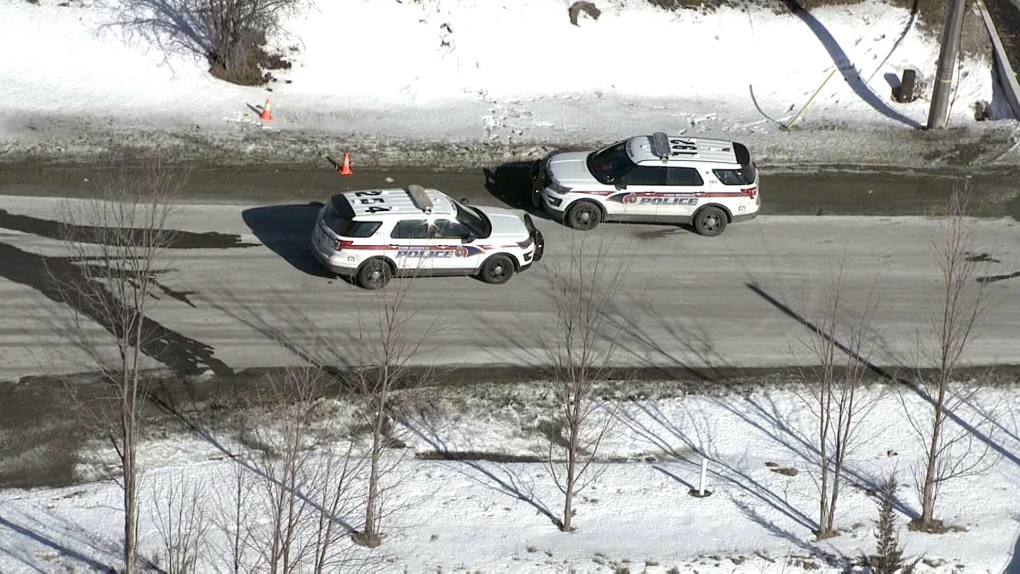 Homicide detectives have been called in to investigate after a man was found dead at the end of a road in an industrial area in Vaughan Thursday morning. (CTV News Toronto)

TORONTO -- Four people have been charged in connection with the death of a 57-year-old man whose body was found at the end of a road in an industrial area in Vaughan in February.

York Regional Police were called to the area of Teston and Rodinea Roads, east of Keele Street, on the morning of Feb. 25 following the discovery of a body.

When officers arrived, they located a man who was subsequently pronounced dead.

A post-mortem examination revealed that the victim, identified as Gus Kouboules of Richmond Hill, died as a result of gunshot injuries.

On Friday, police announced the arrest of four people in relation to the investigation.

Dimitrie Tremblay, 27, Ricardo Silva, 43, and Giovanni Seminara, 53 have been charged with first-degree murder. A fourth person, 26-year-old Kevin Palmer-Konye, has been charged with theft of a motor vehicle and accessory after the fact to murder.

All four are being held in custody pending bail hearing, police said.

Police are asking anyone with further information about the case to contact investigators.