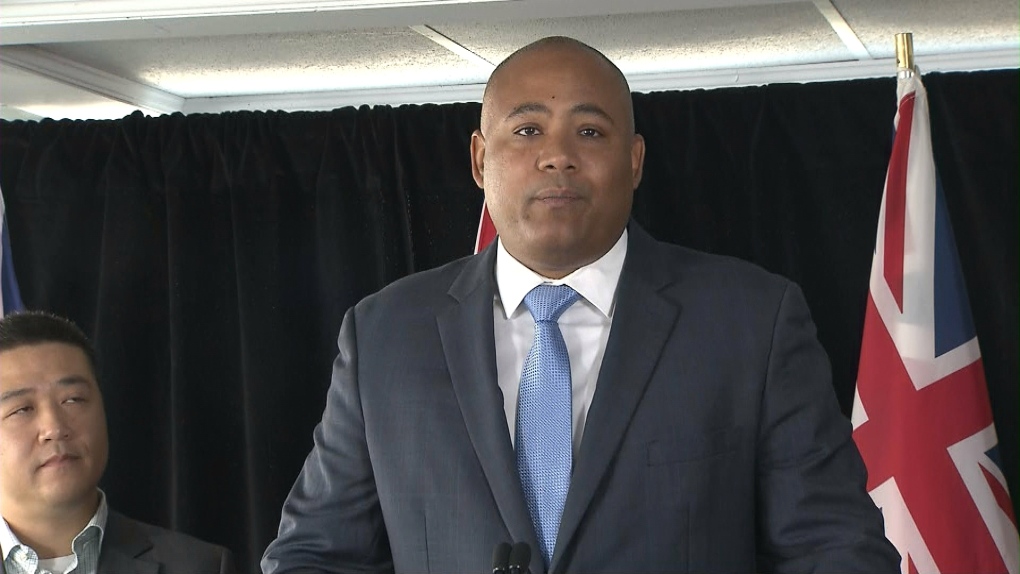 Michael Coteau speaks with reporters in this file photo.

The former cabinet minister will make the Father’s day announcement on social media later this afternoon, with campaign organizers telling CTVNews his focus will be on children, families and the middle class.

The Don Valley East MPP was first elected in 2011 and went on to hold multiple portfolios under former Premier Kathleen Wynne. Coteau was the former minister for community and social services as well as the minister responsible for anti-racism.

Coteau was one of just seven Liberal MPPs to be re-elected after the bruising 2018 election — in which the party not only lost power but also official party status in the Ontario legislature.

While Coteau has made no secret of the fact that he will run to replace Wynne as leader, he officially filed his registration papers on Friday.

The party announced on Saturday that contenders will have to raise $100,000 to enter the race, only 25 per cent of which is refundable. Candidates will have until November 25 to announce their leadership bid.