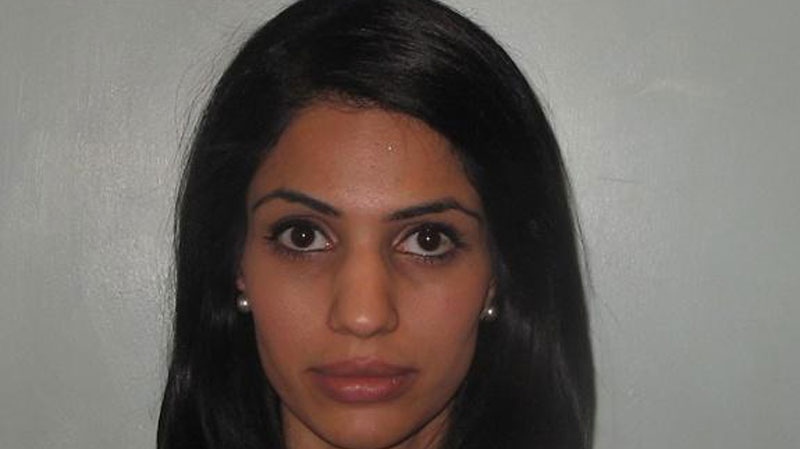 Mandeep Shahi is seen in this undated photo provided to CTV.ca by the Metropolitan Police Service in London.

LONDON, England - An Air Canada flight attendant who was found guilty of smuggling cocaine into Britain has been sentenced to eight years in prison.

British media reports say Mandeep Shahi, 27, was accused of smuggling four kilograms of cocaine in her luggage during a flight from Toronto to London.

After landing at Heathrow Airport in March 2010, the woman from Mississauga, Ont., delivered the cocaine to a pair of drug dealers, who were under police surveillance.

Shahi was arrested five months later on her return to Britain, after police identified her using security camera footage. Three other men involved in the smuggling were also arrested and have been sentenced to a total of 24 years.

The reports say Shahi told police she had no idea there was cocaine in her luggage, but a jury at Southwark Crown Court found her guilty of possession of drugs with intent to supply.

The judge said the group targeted Air Canada because of a perceived lack of security checks and the belief it operates in a country not known for drug smuggling.