TORONTO -- A box full of family photos found inside a newly-purchased Burlington home was returned to its rightful owner Sunday afternoon.

Jack Hemming used to live at the house at Barclay Road in Burlington in 1960 and said he thinks his dad likely placed the small wooden box in the attic shortly after moving in.

He said they were soon forgotten, only to be discovered 60 years later by the new owners of the home.

“This is a part of the family history that I had lost,” Hemming said speaking to CTV News Toronto. 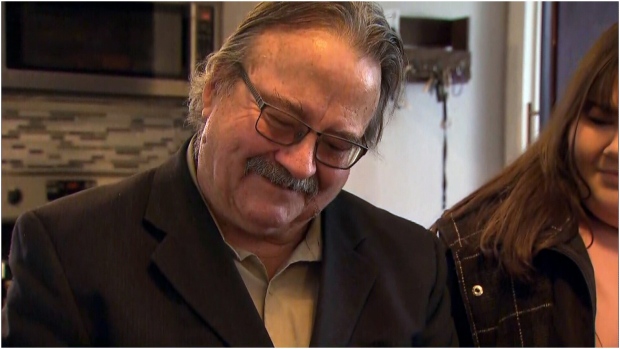 Jessica Lucas moved into the home three months ago with her fiancé Cody McMullin and said they were cleaning out the attic when they came across the box.

Lucas took it upon herself to return the box to its rightful owner, but admits researching on Facebook and Ancestry wasn’t easy.

“Some things weren’t lining up, so I was a little sceptical if it was actually going to pan out,” Lucas said.

“It was definitely a needle in a haystack, but, it ended up working, so I’m really happy about that.”

For Hemming, the discovery is bittersweet. Visibly shaking as he flipped through the old pictures of his parents, Hemming said that his father died 36 years ago.

“It brings back a lot of really good memories in that I’m able to fill gaps in. But its sad memories too, because he’s been gone so long and I can’t sit down and talk with him about these.”

Hemming admitted when he first saw the story on CTV News Toronto he cried for two days. He said he recognized his mother’s handwriting right away, as well as the people in the pictures.

Lucas said she’s thrilled that the precious pictures, many of which Hemming doesn't remember ever seeing, are now in the right hands. 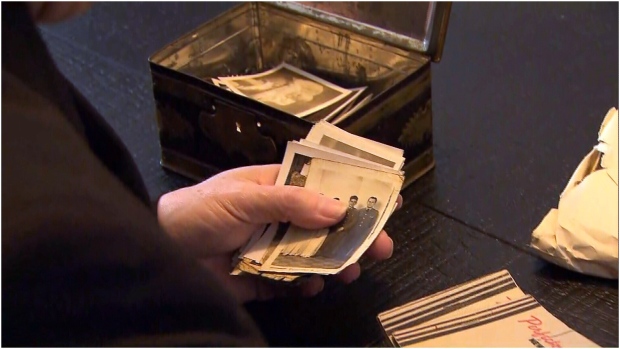 “The emotion coming in today was, just, I can’t even describe it. Being able to give someone back these memories and allowing them to see their family history is just incredible.”

As he struggled to find the words at times while he looked at the old pictures, Hemming was clearly satisfied to see some otherwise unforeseen family moments.

“Everything is just online now, where these things here... like, without these you’ve got nothing.”

Hemming said he plans to scan all of the pictures as well as frame some of them for the walls of his home.