Ford to Crombie, mayors criticizing housing law: 'Get on board' and 'stop whining'

Ford to Crombie, mayors criticizing housing law: 'Get on board' and 'stop whining'

The mayor of Mississauga and other municipal leaders who have voiced opposition to a new provincial housing law need to "get on board" and "stop whining," Ontario Premier Doug Ford said Wednesday in an unprompted burst of criticism.

Ford took issue with mayors who've raised concerns with the law that will reduce or eliminate some municipal revenues from developers, but singled out Mississauga Mayor Bonnie Crombie after he made an unrelated announcement in neighbouring Brampton, Ont.

"We have a few mayors that, you know, don't want to play in the sandbox and one being mayor Crombie, and I don't know what her issue is," Ford said.

The premier said he is asking for a partnership with Crombie and all the other mayors.

"If we sit back and think some magical thing is going to happen, or you think when people come here we're going to start living in mud huts -- it's not going to happen under our government," he said.

"We want to work collaboratively, co-operatively with you, but we need to get on board and start moving forward and stop the whining and complaining that I hear day in and day out."

Crombie responded with a lengthy statement refuting many of Ford's points.

"I'm not whining, I'm simply doing my job as mayor to stand up for our residents and taxpayers," she wrote.

"We are trying to build a great city and accommodate growth, but as it stands, this legislation will force us to either put the brakes on these plans due to lack of funding or significantly raise taxes by up to 10 per cent a year for the next decade. I think we can all agree that none of us want that."

The Association of Municipalities of Ontario has said the new law could leave municipalities short $5 billion and see taxpayers footing the bill -- either in the form of higher property taxes or service cuts -- to pay for infrastructure that supports new housing. It has also said there is nothing in the bill that would guarantee improved housing affordability.

Municipal Affairs and Housing Minister Steve Clark has said in response that he will launch a third-party audit of the finances of select municipalities to determine if the law will indeed cause a shortfall and if so, the province will make those communities "whole."

"I see that Mayor Crombie's out there handing out flyers and doing this -- all I say is get on board, stop being disingenuous, you know, with the people of Mississauga," Ford said. "It's just absolutely wrong." 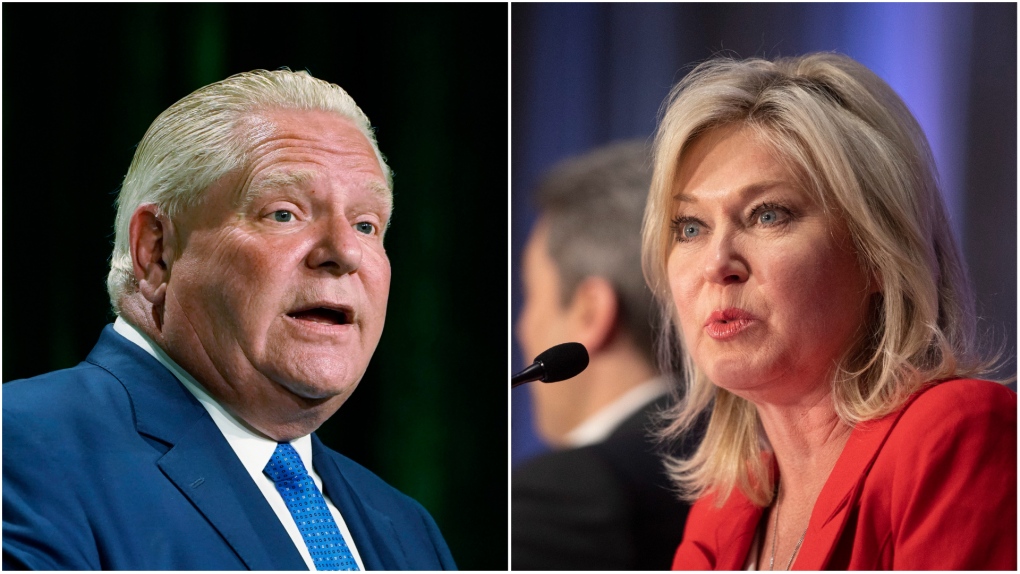 Crombie said development charges do go into reserves, but municipalities are not simply sitting on the money, rather they are treated like savings going toward future long-term projects, akin to a homeowner saving up for a new roof.

"We do not collect money we do not need, and we do not have unlimited chequing accounts," Crombie wrote.

"In fact, the funds we collect are often not enough to support new growth -- we are often short and have to use tax dollars to cover the gaps."

This report by The Canadian Press was first published Dec. 7, 2022.