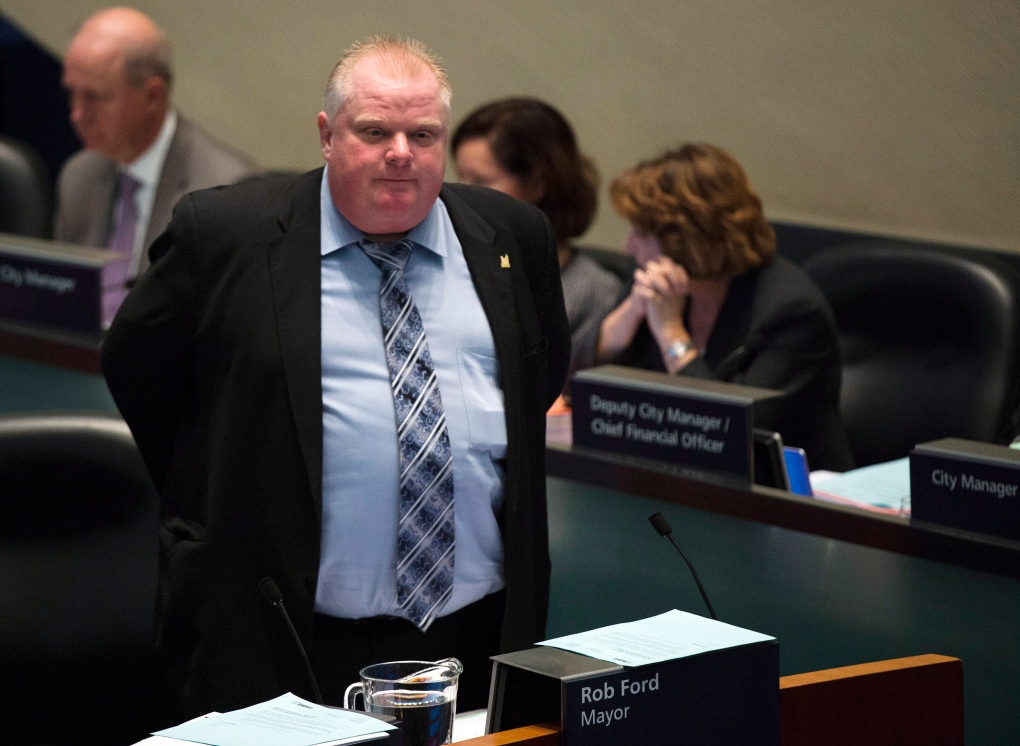 Toronto Mayor Rob Ford made a major flub at city hall on Wednesday, voting against a motion to congratulate Olympic and Paralympic athletes.

The mayor also voted against an earlier motion that would rename a Toronto street in honour of late South African leader Nelson Mandela.

Ford, who was the only person to vote against the motions, said he had hit the wrong button.

"I guess I pushed the wrong button," Ford said.

"Of course I support Nelson Mandela -- I was the one who wished him a happy birthday ... and the Olympic athletes, of course I do," he said.

Ford asked for a re-vote, but his request was denied.

The council meeting briefly debated Ford's vote, but eventually moved on to other business.

The mayor's brother, Coun. Doug Ford, came to his defense after the meeting, noting that councillors often make mistakes when voting on motions.

"Let me assure you guys, it happens every council. As a matter of fact it happens four or five times at some council meetings," he told reporters at city hall on Wednesday.

Doug Ford said council was playing politics by refusing to re-open the vote after the mistake had been made.

"It's ironic that we vote to reopen it 99.9 per cent of the time, but when it comes to the mayor it's a double standard down there.

"I think you guys know that Rob wouldn't vote against that," he added.

Doug Ford became defensive when asked how he felt about residents who say they were offended by the mayor's vote.

The mayor, who has admitted to smoking crack cocaine in a "drunken stupor," is currently running for re-election. He is also the subject of an ongoing police investigation, but has not been charged with any crimes.

With files from The Canadian Press and CP24