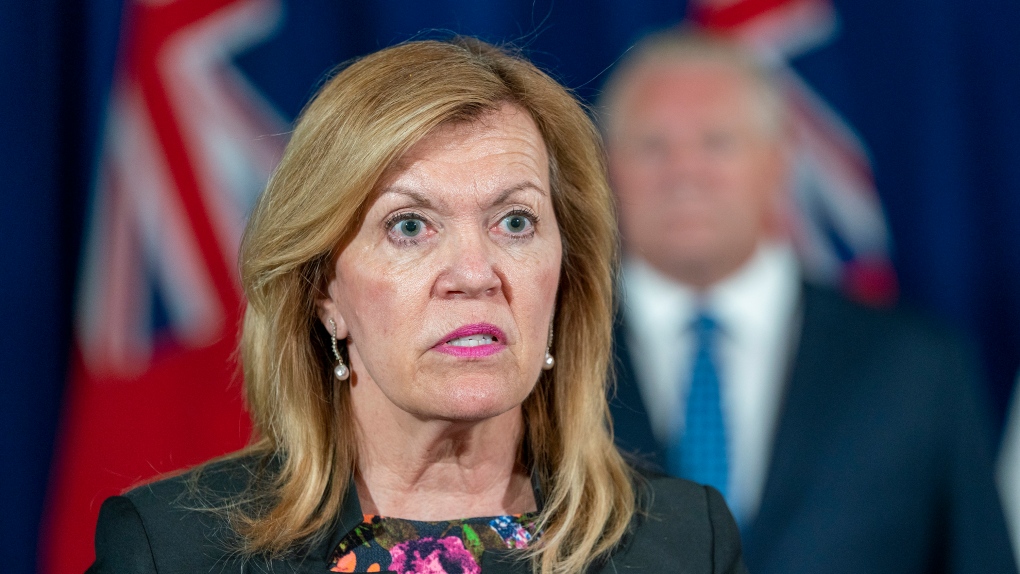 TORONTO -- Ontario may push back the administration of second doses of the Pfizer and Moderna COVID-19 vaccines to four months in an attempt get more shots into the arms of residents.

British Columbia announced on Monday that it would push back the administration of second doses following new research suggesting that both vaccines offer protection of at least 90 per cent after just one shot.

In a statement issued on Monday afternoon, Health Minister Christine Elliott and Solicitor General Sylvia Jones said that the province is “actively engaged” with the National Advisory Committee on Immunization (NACI) regarding potential updated direction on second dose intervals with “the goal of pursuing a similar direction to British Columbia.”

“By safely extending the dose interval, Ontario would reach more at-risk Ontarians with our vaccine rollout, and potentially offer the vaccine to the general population much earlier than originally planned,” the statement reads.

“We also remain steadfastly committed to ensuring everyone who receives their first dose is provided maximum protection by receiving their second dose as informed by scientific knowledge.”

The federal government has recommended that second doses of the Pfizer-BioNTech be administered within 42 days of the first.

But last month, two Canadian doctors submitted a letter to the New England Journal of Medicine, which used U.S. data to suggest that the Pfizer-BioNTech vaccine could be 92 per cent effective against COVID-19 two weeks following the first dose.

Following the publication of that letter, Deputy Chief Public Health Officer Dr. Howard Njoo told reporters that the “early data” is encouraging and that there are “live” and “ongoing” discussions taking place at the federal level regarding dosing intervals.

Ontario officials, however, said at the time that they weren’t planning to change their dosing guidance.

In their joint statement, Elliot and Jones said that their government is “keenly interested in doing everything possible to get as many vaccines into arms as quickly as possible.”

They said that once the Ford government receives direction from the federal government on the timing of second doses and secures “final details on the recently-approved AstraZeneca vaccines,” an update on the vaccine rollout will be provided.